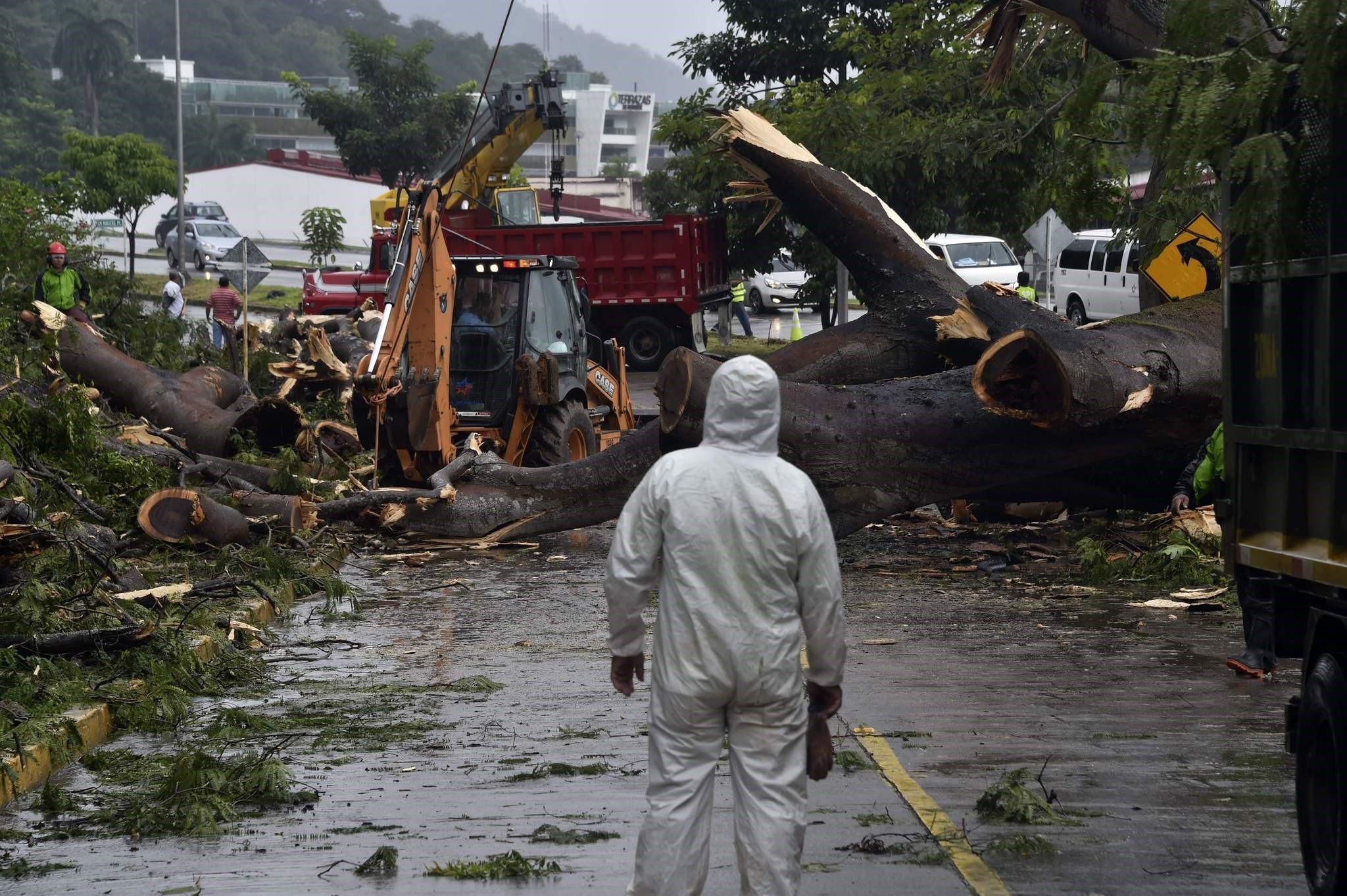 A tropical storm in the Caribbean turning into a full-on hurricane was lurching toward Central America on Tuesday, causing three deaths in Panama and prompting coastal evacuations in Costa Rica and Nicaragua.

Tropical Storm Otto, packing sustained winds of 110 kilometers (70 miles) per hour, was building strength before moving toward land, the US National Hurricane Center said in a bulletin.

It was expected to become a hurricane with winds over 119 kilometers (74 miles) per hour later Tuesday, and make landfall in Nicaragua and Costa Rica on Thursday.

Its rains "will likely result in life-threatening flash floods and mud slides," while "life-threatening surf and rip current conditions" will be experienced along the coasts of Panama, Costa Rica and Nicaragua, the US center warned.

In Panama, three people died from a mudslide and a falling tree provoked by the first outer dump of Otto's heavy rains, the head of the National Civil Protection Service, Jose Donderis, told AFP.

Nine people were caught in the mudslide that occurred west of the capital. "Seven were rescued and unfortunately two deceased people were recovered," he said.

The other death was that of a boy who was hit by a tree that fell on the car he was in as waited with his mother outside his school in the capital, Donderis said. The mother survived.

Officials in the country ordered all schools closed. Government workers were told to leave offices hours early on Wednesday.

Neighboring Costa Rica on Tuesday ordered the evacuation of more than 4,000 people along the sparsely inhabited northern part its Caribbean coast to avoid fatalities.

"We will not allow people to remain in at-risk areas and loss of human life," President Luis Guillermo Solis told a news conference.

The order did not extend to Costa Rica's principal port city of Limon on the southern Caribbean coast. The city, home to around 60,000 people, is projected to feel the glancing force of the hurricane on Wednesday.

Civilian Nicaraguan vessels at sea were ordered back to port.

The storm was expected to pass near Managua, Nicaragua's inland capital, on Thursday.

According to forecasts, Otto was to cut across the narrow Central American isthmus, losing strength as it went, before exiting out into the Pacific Ocean on Friday.

The storm was a late arrival in the Atlantic hurricane season, which typically runs from June to the end of November, and was hitting land unusually south. Costa Rica has never experienced a direct hit from a hurricane since records began in 1951.