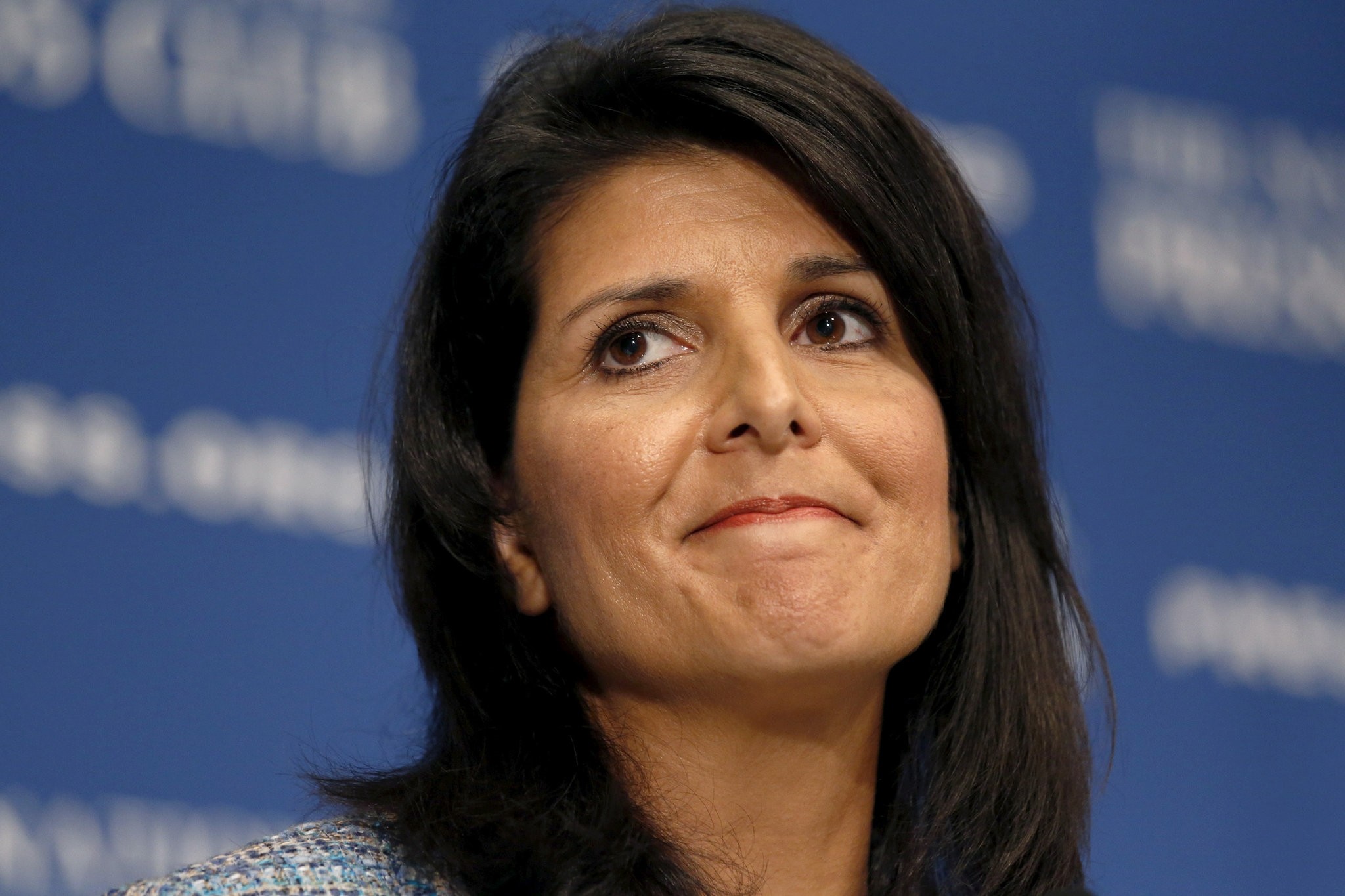 U.S. President-elect Donald Trump has picked South Carolina Governor Nikki Haley, who has little foreign policy experience and who sharply criticized him during his election campaign, for the high-profile post of U.S. ambassador to the United Nations.

The Republican president-elect praised Haley in a statement on Wednesday as having "a proven track record of bringing people together regardless of background or party affiliation to move critical policies forward for the betterment of her state and our country."

Haley said she had accepted the offer and would remain governor pending her confirmation to the Cabinet-level post by the U.S. Senate.

A 44-year-old Republican, Haley took Trump to task during the presidential campaign over his harsh rhetoric about illegal immigrants and for not speaking forcefully enough against white supremacists.

On Wednesday, she said in a statement, "When the president believes you have a major contribution to make to the welfare of our nation, and to our nation's standing in the world, that is a calling that is important to heed."

Haley is the sixth appointment announced by Trump, a New York real estate magnate who has never held public office, as he works to form an administration following his victory over Democrat Hillary Clinton in the Nov. 8 election. Trump takes over from President Barack Obama, a Democrat, on Jan. 20.

The president-elect, working largely out of his office in Manhattan, has made his deliberations for senior jobs a public affair, issuing a daily list of his meetings and announcing some impressions of potential candidates on Twitter. All his picks so far have been white men.

The choice of Haley, a daughter of Indian immigrants who is a voice for tolerance, may be aimed at countering criticism of Trump's divisive comments about immigrants and minorities, as well as accusations of sexism during his campaign.

Haley led an effort last year to remove the Confederate flag from the grounds of the South Carolina state capitol after the killing of nine black churchgoers in Charleston. The flag was carried by pro-slavery Confederate forces during the U.S. Civil War and is viewed by many as a racist emblem.

She condemned Trump during the Republican primary campaign to pick the presidential nominee for not disavowing the support of white supremacist group Ku Klux Klan and one of its former leaders, David Duke.

In her rebuttal to Obama's State of the Union address in January, Haley called for tolerance on immigration and civility in politics, in what some saw as a rebuke of Trump.

"During anxious times, it can be tempting to follow the siren call of the angriest voices," she said. "We must resist that temptation."

In the early days of the Republican primary contest, Haley was mentioned as a possible vice presidential pick.

She supported Trump rivals Marco Rubio and Ted Cruz, both U.S. senators, in the primary before saying last month she would vote for Trump despite reservations about his character.

Haley also criticized Trump last winter for not releasing his tax returns, prompting him to hit back on Twitter, "The people of South Carolina are embarrassed of Nikki Haley!"

As with Trump's future secretary of state, her job may include reassuring allies worried about some of Trump's campaign rhetoric, including his pledge to build a wall along the Mexican border to curb illegal immigration, his promise to review trade agreements and his suggestion that he would push NATO partners to pay more for their own defense.

Haley, a state lawmaker before becoming governor, has little experience in foreign relations. According to the Post and Courier of Charleston, her international experience involves negotiating development deals with international companies who want to work in South Carolina. She has led seven overseas trade missions as governor, it reported.

"She is also a proven dealmaker, and we look to be making plenty of deals. She will be a great leader representing us on the world stage," Trump said in his statement.

Haley's husband, Michael, was deployed for nearly a year in Afghanistan with the South Carolina National Guard in 2013, said the Post and Courier, which first reported Haley's appointment.

The United States is one of five permanent veto-powers on the 15-member U.N. Security Council, along with Russia, China, France and Britain. It is also the largest funder of the 193-member United Nations, paying more than a quarter of the $8 billion peacekeeping budget and 22 percent of the several billion dollar regular budget.

Haley will be working with a new U.N. secretary-general after the United Nations General Assembly appointed former Portuguese Prime Minister Antonio Guterres in October for a five-year term beginning Jan. 1, 2017. He will replace Ban Ki-moon of South Korea.

The president-elect said on Tuesday he was seriously considering neurosurgeon Ben Carson, a former Republican presidential rival, to be secretary of Housing and Urban development.