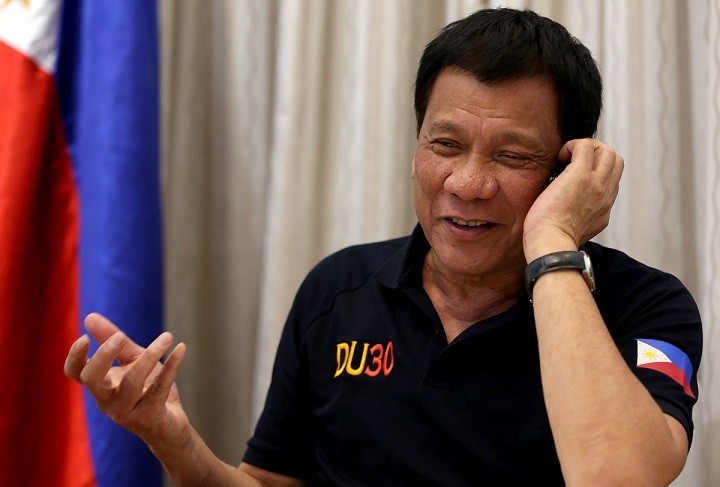 GMA News reported Saturday that the Presidential Communications Office released a transcript of a phone conversation late Friday in Trump was quoted as saying he understands how Duterte's administration is handling the drive.

"President-elect Trump wishes... to extend his warmest regards to the Filipino people. And in just a few minutes, we were talking a lot of things," Duterte said.

Duterte had cursed at outgoing U.S. President Barack Obama on several occasions after he expressed concern about alleged extrajudicial killings under the campaign, which has left thousands of suspects dead.

Duterte said he considers Trump's comments as a sign that his incoming administration will "not interfere" in the Philippines' affairs.

"He was quite sensitive also to our worry about drugs. And he wishes me well to... in my campaign and he said that… well we are doing it as a sovereign nation, the right way. And he wishes us well. And I said that, well, we assured him of our ties with America," he added.

"He understood the way we are handling it [anti-drug drive] and I said that 'there is nothing wrong in protecting a country.' It was a bit very encouraging in the sense that I supposed that what he really wanted to say was that we [U.S.] would be the last to interfere in the affairs of your own country," he said, quoting Trump.

Since July 1, more than 5,800 people have been killed over suspected drug links -- around two-thirds of the deaths attributed to "vigilante-style killings" and the remainder to police operations, according to national police data cited by Rappler.

Despite his criticisms of Obama -- who canceled a meeting with Duterte in September after one of his outbursts -- the Philippine leader has made welcoming comments toward Trump.

"I don't want to fight now that Trump's there," Duterte said after Trump's victory in the Nov. 8 election.

"May you live, Mr. Trump! We both curse at the slightest of reason. We are alike," he added.