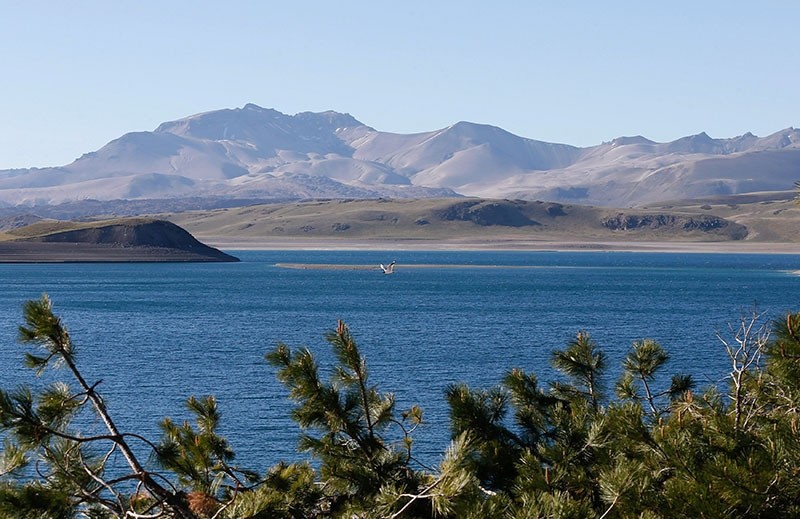 A "unique" burst of activity at a little-known volcanic complex near the Chile-Argentina border has attracted the interest of international scientists and led worried governments to plan for a potentially devastating eruption.

The volcanic field at the Laguna del Maule, located in central Chile near the Argentine border, has risen around two meters (6.5 feet) since 2007, undergoing "uplift" at a rate and consistency that is unprecedented in recent history, scientists said.

That likely means magma is exerting pressure on the Earth's crust in a zone where evidence indicates that explosive eruptions have happened repeatedly in the last few thousand years, though none in modern times.

If such an eruption were to happen at Maule today, it would have the potential to devastate nearby hydroelectric projects, and pump out ash that could wipe out crops across Argentina's pampas and severely disrupt global air traffic.

"We have so little experience with this kind of data, but the uplift is the biggest seen anywhere on the planet," said Bradley Singer, a geoscientist from the U.S. University of Wisconsin-Madison, who is leading an international research effort to understand what is happening under the surface.

"No-one has a seen a signal this large and this persistent. And it's in an area with an explosive record."

Scientists emphasize that it is impossible to know if or when Maule will blow again and how large any eruption would be.

"We must not be alarmist...but it is showing signs of reactivation, it is like a cardiac patient who must be monitored very closely," said Patricia Sruoga of Argentina's geological service Segemar, during a visit to the zone with other scientists to learn more about the complex and the latest research findings.

Argentina and Chile have been working increasingly closely on monitoring the Andes volcanic chain that runs down their shared border. Most of the volcanoes - some 15 percent of the world's total - are located on the Chilean side, but winds usually mean Argentina faces the brunt of any ash cloud.

"I often say that Argentina is an ashtray country," said Sruoga. "It's important that we are prepared."

High in the remote Andes, the Laguna del Maule complex is centered around a deceptively calm, intensely blue lake of the same name, surrounded by arid volcanic rock.

The nearest towns are San Clemente in Chile, around 122 kilometers (76 miles) away, and the slightly closer Malargue on the Argentine side. Chile's capital Santiago is some 300 kilometers to the north.

About 2,400 people live or work in the nearby area, and the Maule river valley supplies around 25 percent of Chile's energy via 14 hydroelectric stations.

Right in the potential path of any eruption is Los Condores, a hydroelectric plant under construction that will use water from the lake. Enel Generacion has invested some $660 million in the project, which is due to begin operations in 2018.

Enel did not immediately respond to requests for comment.

One of the people who knows the zone best is Raul Torres, an official who has lived close to the lake for around 60 years.

"About 10 or 15 years ago I noticed a real change in the area," he said, noting that the icy water temperature has warmed, algae have bloomed, and bubbles have appeared on the lake surface.