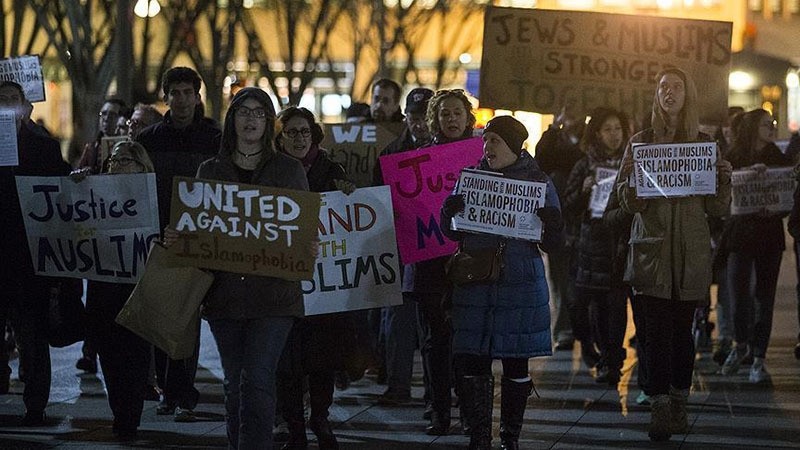 Demonstrators gather in front of the White House to protest against Islamophobia on 21 December 2016, in Washington DC. (AA Photo)
by Daily Sabah Dec 22, 2016 12:00 am

A group mostly consisting of Jewish demonstrators gathered in front of the White House to protest against Islamophobia and racism in the United States on Wednesday in Washington DC.

Demonstrators called for the end of U.S. policies representing Islam wrongly and pointing Muslims as targets under the pretext of war on terrorism.

Around 200 people participating in the protest carried placards saying "Muslims and Jews stronger together", "We're against racism", "It's your right to be treated with respect".

In a press release, recent statements made in the United States containing Islamophobic and racist sentiments were highlighted, and the administration of Donald Trump, who will officially take office on 20 January, was called upon to protect American values.

The statement also stated that no one should stay silent over anti-Muslim expressions and hate crimes, calling for an end in U.S. authorities closely watching Muslim, Arab and South Asian communities.

The demonstration ended peacefully after the press release was read.