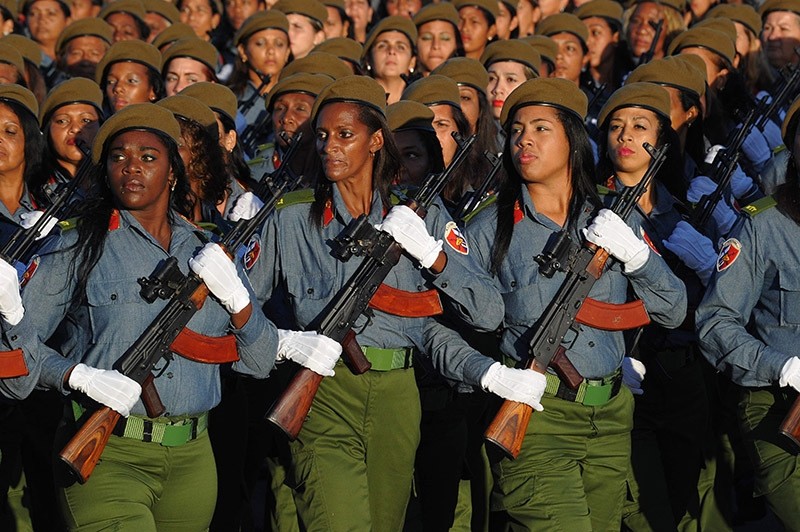 Castro, who died on November 25 at age 90, launched his nearly half-century rule with a guerrilla uprising that forced US-backed dictator Fulgencio Batista from power on January 1, 1959.

Cuba marks the anniversary with a military parade every year -- though this year soldiers marched without their equipment, unlike previous years when guns, tanks and missiles have sometimes starred.

Tens of thousands of soldiers, militia members, students and workers marched at Revolution Square in Havana.

Some carried a giant banner reading "We are Fidel," others waved large photos of the revolutionary leader -- who had requested that no cult of personality be created around him.

In keeping with his wishes, Cuba's legislature, the National Assembly of People's Power, unanimously passed a law last month banning monuments in his honor and infrastructure named for him.

The communist island is facing a difficult year in 2017, which marks the last full year in power for Raul Castro, the younger brother who replaced Fidel when he stepped down in 2006. Raul Castro has vowed to step aside when his current term ends next year.

The economy, which shrank 0.9 percent in 2016, has been hurt by the economic crisis in Venezuela, the island's key backer, whose discount oil exports once kept Cuba afloat.

Meanwhile, Cuba's historic rapprochement with the United States is under threat from US President-elect Donald Trump, who has vowed to halt the thaw if the Castro regime does not allow more democratic freedoms and economic reforms.

"Cuba will not renounce a single one of its principles," student leader Jennifer Bello said defiantly in a keynote address at the parade, as Raul Castro and top military commanders looked on.

Fully normalizing ties with the United States will be a "long process," and "much remains to be done," said Bello, who is a member of Cuba's powerful Council of State.