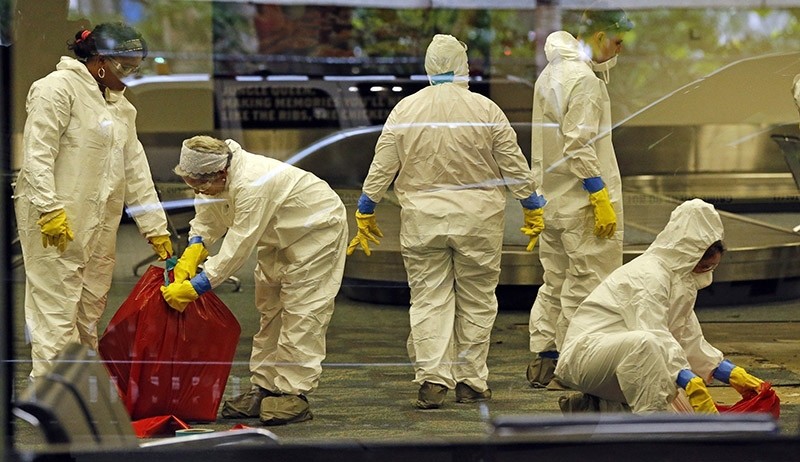 Federal prosecutors have filed charges against the Florida airport shooting suspect accused of killing five travelers and wounding six others, that could bring the death penalty if he's convicted.

A criminal complaint filed Saturday by the Miami U.S. attorney's office accuses 26-year-old Esteban Santiago, an Iraq war veteran, of an act of violence at an international airport resulting in death. The punishment is execution or any prison sentence up to life. Santiago is also charged with two firearms offenses.

Authorities said Saturday Santiago appears to have traveled to the airport specifically to carry out the attack but they don't know why he chose his target. Terrorism has not been ruled out.

Santiago is in federal custody with no bail and will face federal charges.

He is expected to appear in court Monday.