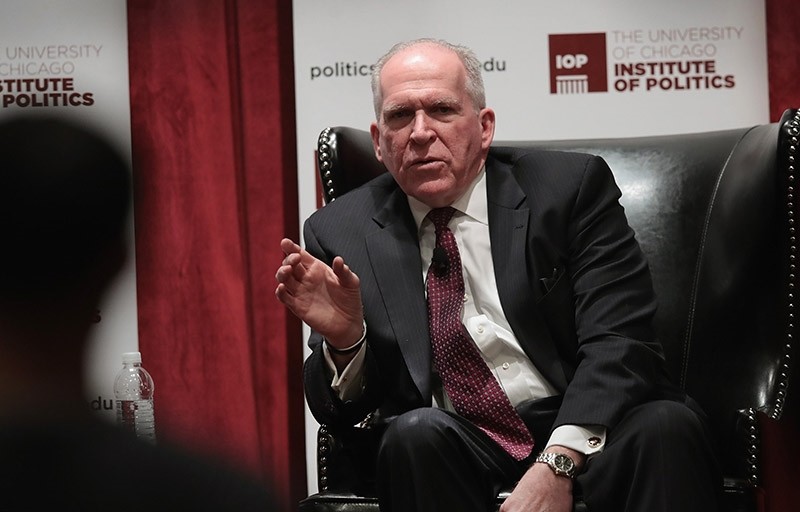 CIA Director John Brennan responds to questions during a forum at the University of Chicago on January 5, 2017 in Chicago (AFP Photo)
by Anadolu Agency
Jan 10, 2017 12:00 am

"The new administration -- and any president -- needs to recognize that this is a challenging and dangerous world, and that the intelligence community and intelligence professionals can help to keep this country safe and protect our national security interests," Brennan said during a joint podcast with the University of Chicago's Institute of Politics and CNN.

"Any president or administration that does not recognize that is one that is putting this country's national security at great risk and peril," he added.

Trump has repeatedly taken stances at odds with the intelligence community's findings that Russia was behind a campaign aimed at influencing last year's presidential race.

After meeting with intelligence chiefs, including Brennan, last Friday, Trump acknowledged in a statement after the meeting that Russia and others sought to hack the Democratic National Committee (DNC), but maintained the efforts had "absolutely no effect" on the end results

The hacking of the DNC as well as Clinton campaign chairman John Podesta revealed unsavory details about how the organization allegedly conspired to favor Clinton against Bernie Sanders to win the Democratic Party's nomination.

In addition, the Kremlin used its state-owned media apparatus, RT, and paid trolls "as part of its influence efforts to denigrate" Clinton.

Brennan maintained intelligence agencies "have great confidence" in their assessment.