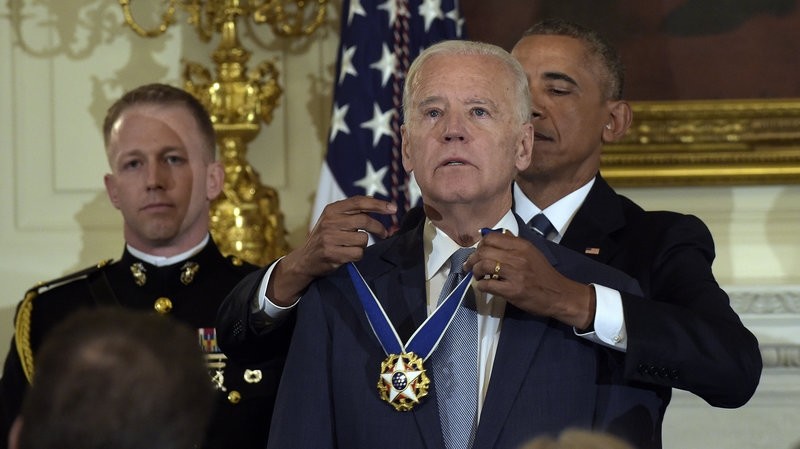 President Barack Obama surprised his vice president on Thursday with the highest civilian honor in the U.S., bringing Joe Biden to tears.

As he prepared to bestow the Presidential Medal of Freedom, Obama said Biden is the "finest vice president we've ever seen", and that "he's been unafraid to give it to me straight, even if we disagree, in fact especially when we disagree."

The event was billed as a farewell ceremony, and when the military aide carrying the medal arrived on stage, Biden quickly turned away from audience, reached into his back pocket and pulled out a handkerchief he used to wipe away tears.

In emotional remarks, Biden lauded Obama as "a remarkable man" and said he hoped history would remember him as "part of a journey of a remarkable man."

Biden has served as Obama's vice president throughout both of Obama's terms, and has developed a unique kinship with the American president.