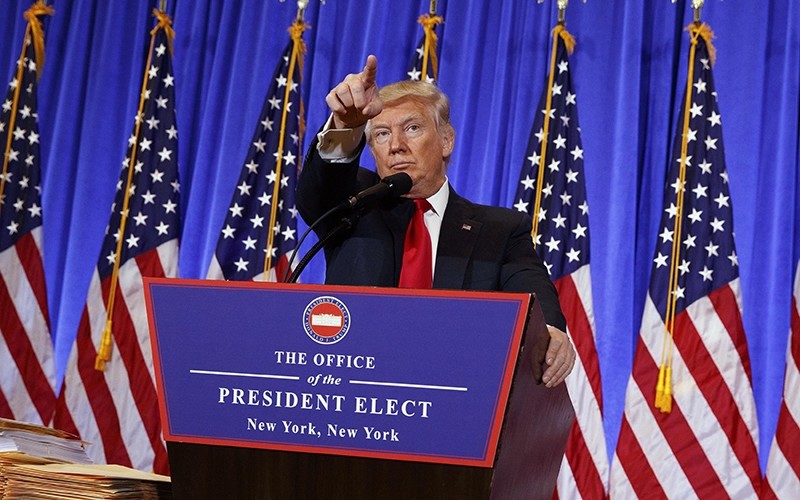 President-elect Donald Trump has hinted that he may lift sanctions on Russia and won't stand by the "One China" policy unless Beijing improves its currency and trade practices.

Trump told The Wall Street Journal in an interview published Friday that he might do away with the sanctions - imposed by the Obama administration in late December in response to Moscow's alleged cyber attacks - if Moscow proves helpful in battling terrorists and reaching other goals important to Washington, the Journal reported.

Trump told the newspaper he is prepared to meet with Russian President Vladimir Putin some time after he is sworn in on Jan. 20.

"I understand that they would like to meet, and that's absolutely fine with me," he said.

Trump, who sees an opportunity to cooperate with Moscow in fighting terrorist groups like Daesh, has expressed admiration for Putin, and only reluctantly accepted U.S. intelligence's conclusion that Russian hackers acting on Putin's authority interfered in the U.S. elections.

Turning to the longstanding U.S. practice of not recognizing Taiwan diplomatically, Trump said: "Everything is under negotiation, including One China."

Trump has already irked China by accepting a congratulatory phone call from Taiwan's President Tsai Ing-Wen after he won the election, upending decades of diplomatic precedent in which the White House has foregone direct communication with the island's leader.

Beijing considers the island to be a breakaway province to be brought back within its fold, by force if necessary

Trump has threatened to get tough with what he sees as unfair Chinese trade practices, and suggested that the "One China" policy could become a bargaining chip in other disputes.