US shoe company recalls shoes after complaints on swastika imprints 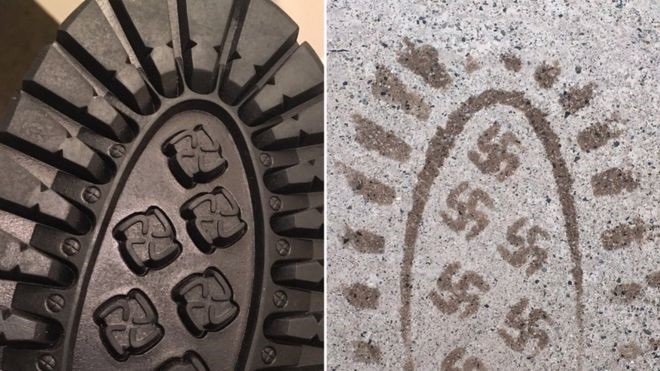 Photo posted by Reddit user shows Swastika imprint left by the boots bought from Amazon (Imgur)
by Jan 14, 2017 12:00 am

A California-based company that sells footwear has recalled a model of military-style boots after a customer pointed out the soles leave swastika imprints.

Conal International Trading Inc. pulled the Polar Fox boots this week and issued an apology after a Reddit user on Monday posted an image of the imprint that went viral.

"We would like to issue our sincerest apologies to our customers and to anyone who was offended by the swastika imprint that the boots left behind," the company said in a statement.

"The design was not intentional and was a mistake made by our manufacturers in China."

The company added that it "does not promote hate or discrimination of any kind."

The man behind the picture posted on Reddit wrote in a caption: "There was an angle I didn't get to see when ordering my new work boots."

"Very comfortable. Nein out of ten," one person wrote.

"I love them too, they really put me in mein kampfort zone," another wrote, while a third said "Heily recommended."

Another person quipped: "Good for marching into Poland."

The military combat boots were sold on Amazon, which removed the listing on Thursday. 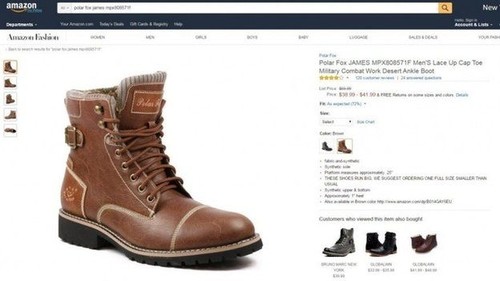 The Jewish Anti-Defamation League said in a statement that it had contacted the footwear company after learning about the boots and was informed that they were manufactured in Asia, "a culture which views the swastika as a Buddhist symbol."

In the ancient Sanskrit language, the swastiska means "wellbeing" and was used as a symbol of good fortune before it was adopted by the Nazis.

"The League reiterated to the company that the swastika serves as the most significant symbol of white supremacy and anti-Semitism, and whether intentional or not, the use of the symbol on the boot is deeply offensive," the statement said.

Many have also pointed out another apparently unintended association with Nazi Germany: The boots share a name with a World War II military operation -- Polarfuchs, or Polar Fox -- in which German and Finnish soldiers captured the Salla area of central Finland from the Soviets.