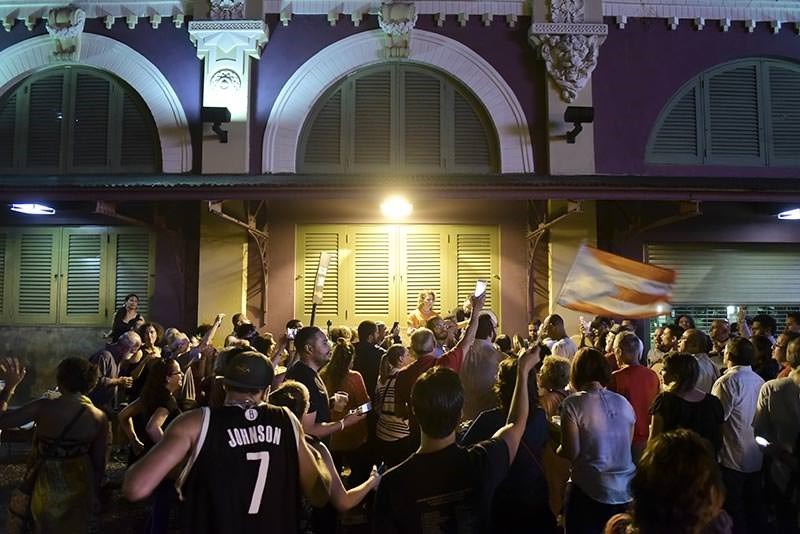 Embracing his clemency powers like never before, President Barack Obama is planning more commutations in his final days in office after a dramatic move to cut short convicted leaker Chelsea Manning's sentence.

Obama became the president to have granted more commutations than any other when he announced Tuesday that Manning will be freed in May, almost 30 years ahead of schedule. Manning, the transgender Army intelligence officer who leaked more than 700,000 U.S. documents, was one of 273 people receiving clemency on a single day.

But Obama is not finished. The White House said Obama would grant more commutations Thursday — the day before his presidency ends — though officials said those would focus on drug offenders and would not likely include any other famous names.

Neil Eggleston, Obama's White House counsel, said the individuals were learning "that our nation is a forgiving nation, where hard work and a commitment to rehabilitation can lead to a second chance, and where wrongs from the past will not deprive an individual of the opportunity to move forward."

The actions are permanent, and cannot be undone by President-elect Donald Trump.

With his last-minute clemency for Manning and Cartwright, Obama appeared to be softening what has been a hard-line approach to prosecuting leakers.

Manning has been serving a 35-year sentence for leaking classified government and military documents to WikiLeaks, along with some battlefield video. She was convicted in military court of violating the Espionage Act and other offenses and spent more than six years behind bars. She asked Obama last November to commute her sentence to time served.

Her case has pitted LGBT rights activists, who warned about her mental health and treatment as a transgender woman living in a men's prison, against national security hawks who said she did devastating damage to U.S. interests. The former cheered Obama's move, while the latter called it an outrageous act that set a dangerous precedent.

Obama did not grant a pardon to another prominent leaker, former National Security Agency contractor Edward Snowden, whom the U.S. has been unable to extradite from Russia. Snowden hasn't formally applied for clemency, though his supporters have called for it. Yet the White House drew a distinction between the unapologetic Snowden and Manning, whom officials noted has expressed remorse and served several years already for her crime.

Known as Bradley Manning at the time of her 2010 arrest, Manning came out as transgender after being sentenced. She was held at Fort Leavenworth, Kansas, where she attempted suicide twice last year, according to her lawyers. Manning has acknowledged leaking the documents, but has said she did it to raise public awareness about the effects of war on civilians.

"We are all better off knowing that Chelsea Manning will walk out of prison a free woman," said Chase Strangio, an American Civil Liberties Union attorney representing Manning, adding that Obama's action could "quite literally save Chelsea's life."

Manning, Lopez and many of the others will be released in May, in line with standard procedure allowing a period for re-entry. Obama also pardoned hotelier Ian Schrager, who was sentenced in 1980 to 20 months for tax evasion.

Commutations reduce sentences being served, but don't erase convictions. Pardons generally restore civil rights, such as voting, often after a sentence has been served.

Cartwright, the former vice chairman of the Joint Chiefs of Staff, had pleaded guilty in October to making false statements during an investigation into a leak of classified information about a covert cyberattack on Iran's nuclear facilities. Prosecutors said Cartwright falsely told investigators that he did not provide information contained in a news article and in a book by New York Times journalist David Sanger, and said he also misled prosecutors about classified information shared with another journalist, Daniel Klaidman.

The Justice Department sought a sentence of two years, saying employees of the U.S. government are entrusted each day with sensitive classified information.

Puerto Ricans had long demanded the release of Lopez, who was sentenced to 55 years in prison for his role in a violent struggle for independence for the U.S. island territory. Lopez had belonged to the ultranationalist Armed Forces of National Liberation, which has claimed responsibility for more than 100 bombings at public and commercial buildings in U.S. cities during the 1970s and 1980s.

The White House noted that absent a commutation, the 74-year-old Lopez likely would have died in prison.

Obama's commutation for Manning also raised fresh questions about the future of another figure involved in the Army leaker's case: Julian Assange.

WikiLeaks had earlier pledged, via tweet, that its founder would agree to U.S. extradition if Obama granted clemency to Manning. Holed up for more than four years at the Ecuadorian Embassy in London, Assange has refused to meet prosecutors in Sweden, where he's wanted on a rape allegation, fearing he would be extradited to the U.S. to face espionage charges if he leaves the embassy.

But the Justice Department has never announced any indictment of Assange. WikiLeaks lawyer Melinda Taylor said U.S. and British authorities refuse to say whether the U.S. has requested extradition. Though she praised the commutation for Manning, Taylor made no mention of Assange's earlier promise to agree to extradition.

White House officials said neither Assange's fate nor separate concerns about WikiLeaks' role in Russian hacking of the election factored into the decision to commute Manning's sentence. The officials briefed reporters on condition of anonymity.