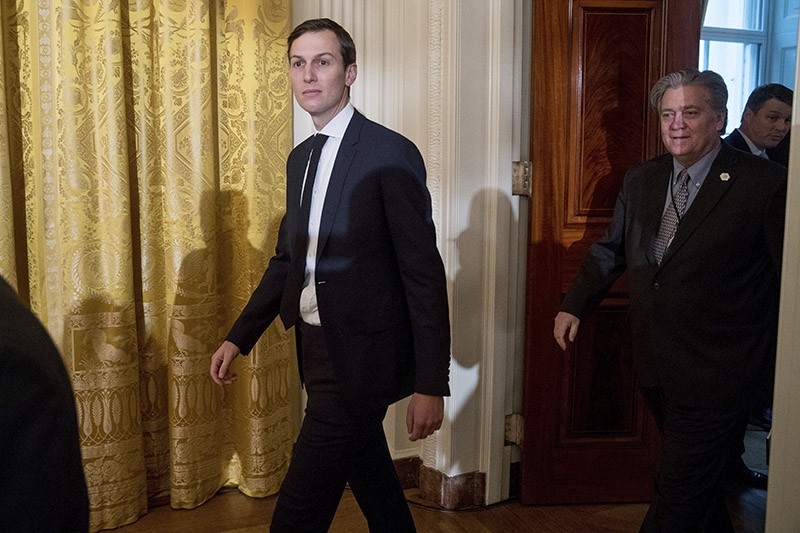 The source said the planned visit by Trump son-in-law Jared Kushner had hit logistical problems. A separate source had earlier said Kushner intended to meet Trudeau aides on the margins of a cabinet retreat in Calgary.

Trump said during his campaign that he wanted to open up NAFTA to get a better deal for the United States. The free-trade pact is a three-country deal with the United States, Canada and Mexico.

Meanwhile, Trump signed an executive order Monday to pull the U.S. out of the proposed 12-country Trans-Pacific Partnership trade deal.

Renegotiation of NAFTA that went into effect Jan. 1, 1994, has been one of Trump's priorities and the Canadian and Mexican governments have concerns about what the new deal will entail.

But Trump's chief economic adviser said Canada should not be "enormously worried", according to the Canadian Broadcasting Corporation (CBC).

Stephen Schwarzman, who was appointed by Trump in December, met with Trudeau on Monday in Calgary. He said trade between the two nations is largely balanced so Trump has not particularly targeted Canada.

"One of the important things is the unusually positive view that's held of Canada," Schwartzman told the CBC. "Canada has been a great partner for the U.S. for as long as anybody can remember. There may be some modifications, but basically, things should go well for Canada … it's a model for how trade relations should be. It's a positive sum game. Canada is well-positioned."

There has been talk of a U.S. "border tax" on Canada's energy exports, but Canada's Natural Resources Minister Jim Carr said he has heard nothing concrete.