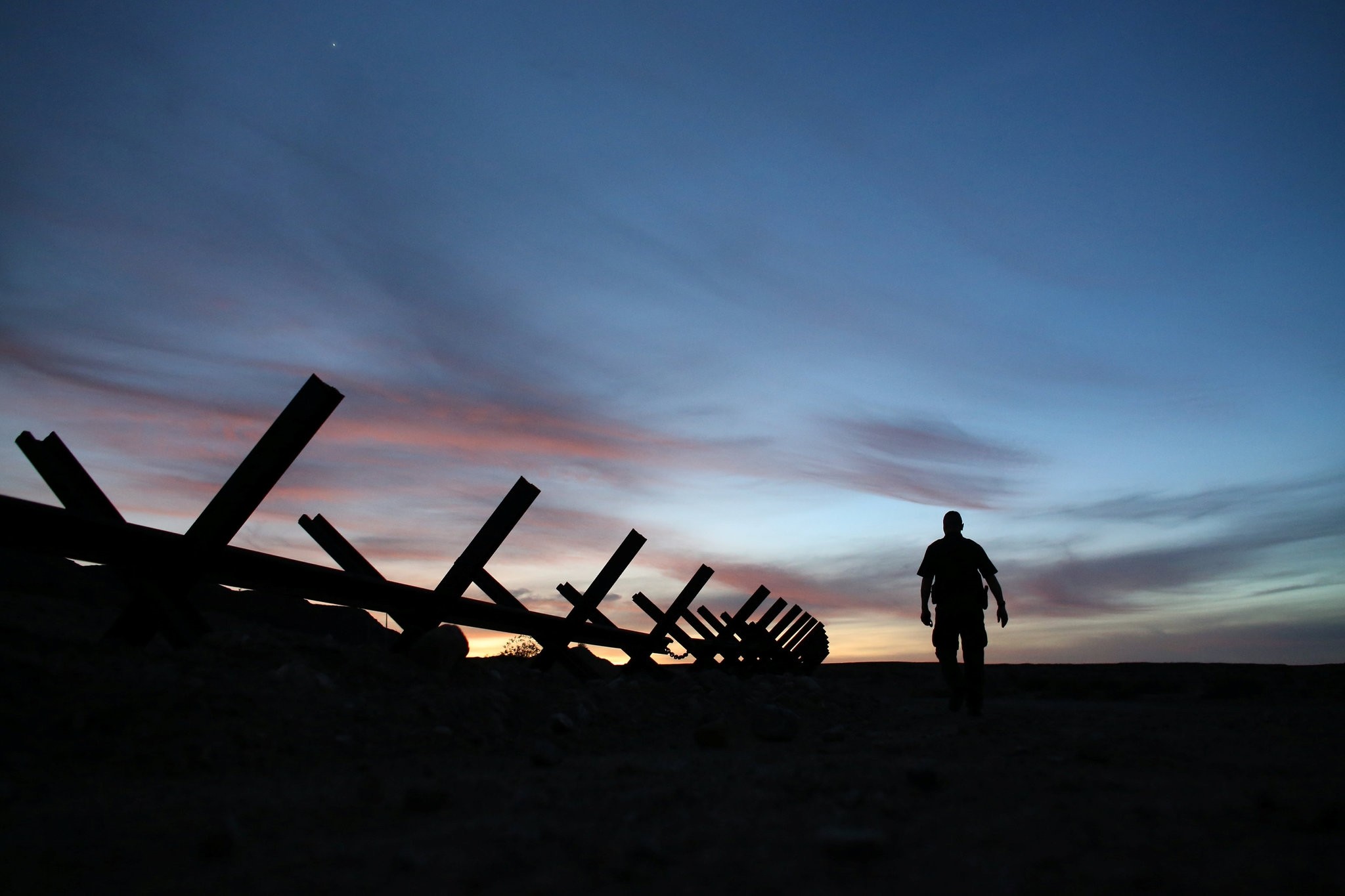 U.S. border patrol agent Alessio Faccin walks along the border fence separating Mexico from the United States near Calexico, California, U.S. February 8, 2017. picture taken February 8, 2017. (REUTERS Photo)
by Feb 11, 2017 12:00 am
U.S. President Donald Trump pushed back early on Saturday on assertions that the wall he wants built on the U.S. border with Mexico would cost more than anticipated and said he would reduce the price.

Trump made his comments in two Twitter posts but did not say how he would bring down the cost of the wall.

Reuters on Thursday published details of an internal report by the Department of Homeland Security that estimated the price of a wall along the entire border at $21.6 billion. During his presidential campaign Trump had cited a $12 billion figure.

"I am reading that the great border WALL will cost more than the government originally thought, but I have not gotten involved in the ... design or negotiations yet," Trump tweeted from his Florida resort, where he is hosting Japanese Prime Minister Shinzo Abe.

"When I do, just like with the F-35 FighterJet or the Air Force One Program, price will come WAY DOWN!"

Trump, who took office on Jan. 20, said in late January that his administration had been able to cut some $600 million from a deal to buy about 90 F-35 Joint Strike Fighters from Lockheed Martin. Defense analysts and sources downplayed news of those cuts, saying the discount hailed by Trump was in line with what had been flagged by Lockheed for months and would apply to other countries committed to the program.

A border wall to stem illegal immigration was one of Trump's main campaign promises. He has vowed to make Mexico reimburse the United States for its cost but Mexico has repeatedly said it will not do so.

Trump also tweeted on Saturday about another aspect of his immigration policy - the legal battle over the presidential order banning entry to the United States by refugees and citizens of seven Muslim-majority countries.

"Our legal system is broken! '77% of refugees allowed into U.S. since travel reprieve hail from seven suspect countries.' (WT) SO DANGEROUS!" he said.

The tweet was in apparent reaction to a Washington Times story saying 77 percent of the 1,100 refugees who have entered the United States since Feb. 3 are from the countries covered by Trump's ban.

A federal judge in Seattle blocked Trump's executive order on Feb. 3, lifting the ban while litigation proceeds. Trump has been steadily critical of the ruling from Seattle and a subsequent appeals court ruling upholding it.