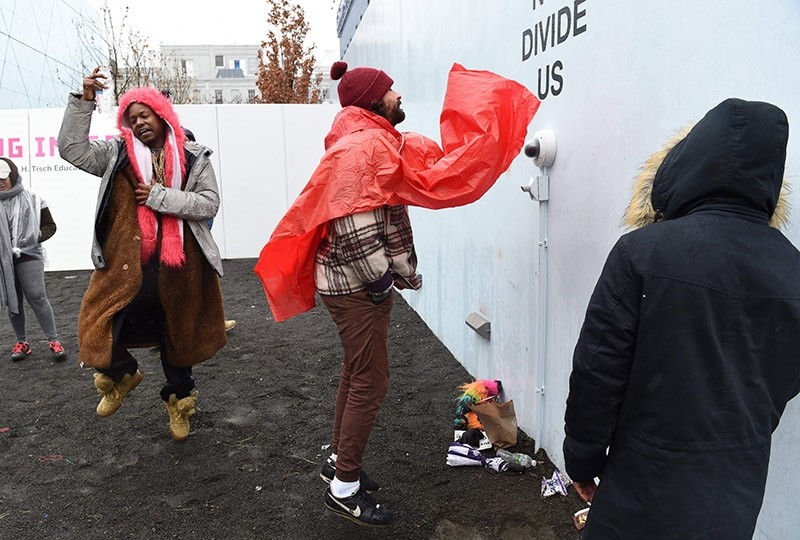 This file photo taken on January 24, 2017 shows US actor Shia LaBeouf(C) as he speaks in front of a camera during his u201cHe Will Not Divide Usu201d livestream outside the Museum of the Moving Image in Astoria, in the Queens borough of New York. (AFP Photo)
by Associated Press Feb 23, 2017 12:00 am

Actor Shia LaBeouf is citing safety concerns in cutting the livestream from the political performance art piece that was installed in downtown Albuquerque just days ago.

The actor informed his followers via social media Thursday that the stream was taken down after gunshots were reported in the area.

He says the safety of participants was paramount.

LaBeouf and two other artists on Saturday mounted a camera to a wall with the message "He will not divide us," referring to President Donald Trump. The artists encouraged people to go to the camera and repeat the phrase.

LaBeouf was arrested in New York City last month after getting into an altercation with a man during the performance.

He faces a misdemeanor assault charge has an April 4 court date.