Nicaraguan woman dies after being thrown in fire for ‘exorcism’ 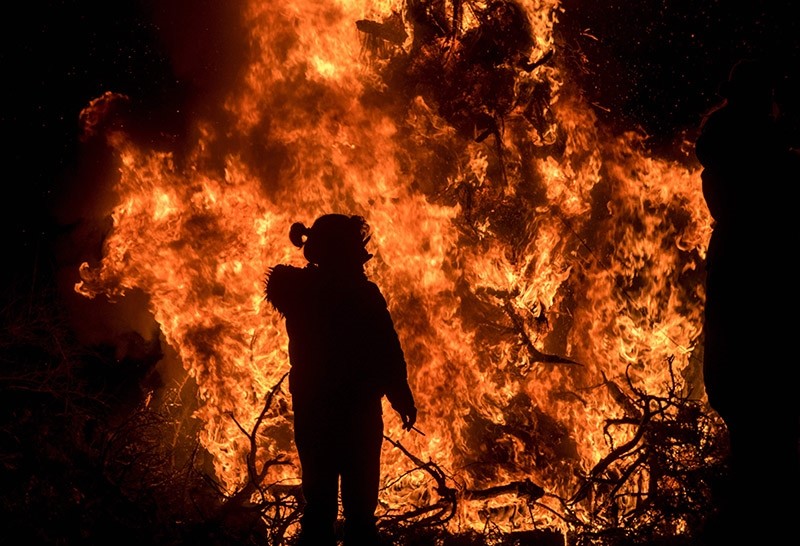 A 25-year-old woman in Nicaragua died Tuesday after church leaders threw her into a bonfire during a religious 'exorcism' ritual last week.

Official reports said that the woman, Vilma Trujillo Garcia, suffered burns on over 80 percent of her body.

Garcia was a mother of two and lived in the poor mining town of Rosita, situated about 300 miles northeast of the capital Managua.

Juan Gregorio Rocha Romero, an evangelical pastor at The Assemblies of God church was arrested along with four others in connection with the attack.

The pastor claimed to have had a "divine vision" that Garcia was possessed by a demon and that he had received instructions to cure her by building a bonfire.

Church leader Esneyda de Socorro Orozco said in a statement to police, "God has made me a revelation, that they should make a campfire in the courtyard of the church and that a group of brothers should take the sick woman and tie her up near the fire and perform a prayer so that the demon will leave the body of the sick and go into the fire."

Garcia was stripped naked and her hands and feet were tied when she was allegedly thrown into the fire.

Her burned body was then left in a gully, and found by Garcia's15-year-old sister about 9 hours after the attack. She was taken to a hospital but succumbed to her wounds.

Garcia's husband, Reynaldo Peralta Rodriguez, said that his wife was taken to the church last week after congregation members though she was possessed after she allegedly tried to attack people with a machete.

"It's unforgivable what they did to us. They killed my wife, the mother of my two little ones. Now what am I going to tell them?" he said.

The death of Garcia has shaken the predominately Catholic Central American country, and outraged human rights activists, who have called for tighter control over Nicaragua's religious sects.