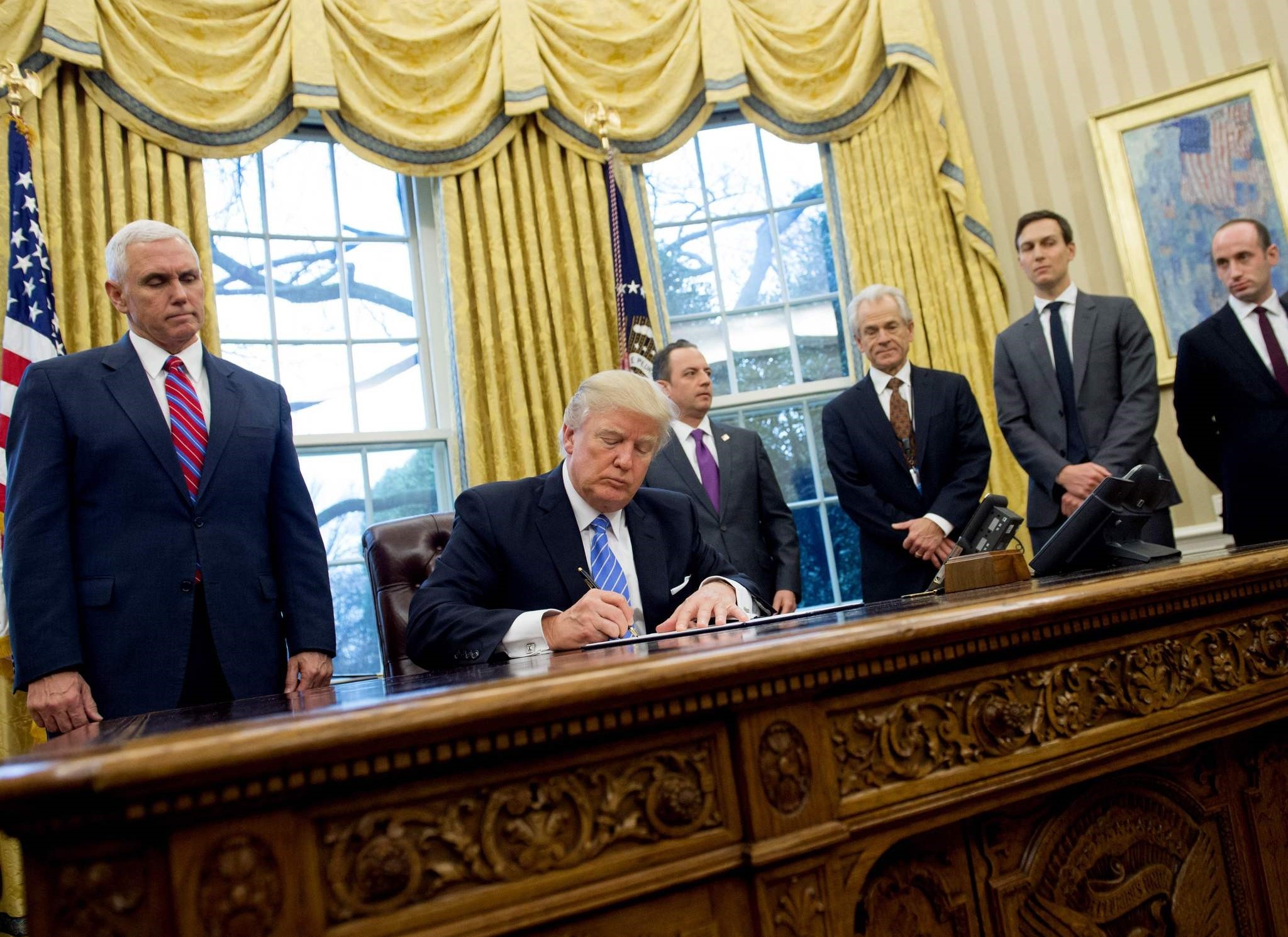 President Donald Trump has signed a revised travel ban that temporarily halts entry to the U.S. for people from six Muslim-majority nations who are seeking new visas and suspends the country's refugee program.

That's according to White House spokesman Michael Short, who says the signing was done privately.

The new directive aims to address legal issues with the original order, which caused confusion at airports, sparked protests around the country and was ultimately blocked by federal courts.

The revised order is narrower and specifies that a 90-day ban on people from Sudan, Syria, Iran, Libya, Somalia, and Yemen does not apply to those who already have valid visas. The White House also dropped Iraq from the list of targeted countries, following pressure from the Pentagon and State Department, which had urged the White House to reconsider, given Iraq's key role in fighting the Daesh group.

The fact sheet cites negotiations that resulted in Iraq agreeing to "increase cooperation with the U.S. government on the vetting of its citizens applying for a visa to travel to the United States."

Trump administration officials say that even with the changes, the goal of the new order is the same as the first: keeping would-be terrorists out of the United States while the government reviews the vetting system for refugees and visa applicants from certain parts of the world.

According to the fact sheet, the Department of Homeland Security will conduct a country-by-country review of the information the six targeted nations provide to the U.S. for visa and immigration decisions. Those countries will then have 50 days to comply with U.S. government requests to update or improve that information.

Additionally, Trump's order suspends the entire U.S. refugee program for 120 days, though refugees already formally scheduled for travel by the State Department will be allowed entry. When the suspension is lifted, the number of refugees allowed into the U.S. will be capped at 50,000 for fiscal year 2017.