Bharara among 46 Obama-era attorneys asked to resign by Sessions 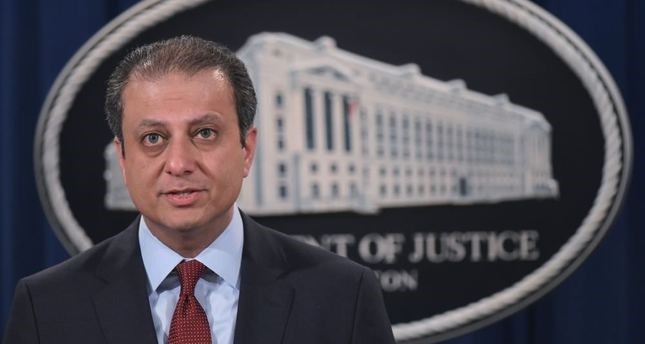 U.S. Attorney General Jeff Sessions has asked the remaining 46 chief federal prosecutors left over from the Obama administration to resign "in order to ensure a uniform transition," the Justice Department said on Friday.

The New York Times reported that the request from Sessions included Manhattan U.S. Attorney Preet Bharara, who had been expected to stay on. The report cited a person familiar with the matter, and Bharara's office had no comment on it. The Manhattan office handles some of the most critical business and criminal cases passing through the federal judicial system.

U.S. attorneys are political appointees, and the request from the Justice Department under President Donald Trump is part of a routine process, although not every new administration replaces all U.S. attorneys at once.

The Justice Department statement said: "Until the new U.S. attorneys are confirmed, the dedicated career prosecutors in our U.S. attorney's offices will continue the great work of the department in investigating, prosecuting, and deterring the most violent offenders."

Robert Capers, U.S. Attorney in Brooklyn, issued a statement saying he had been asked to resign. He said Bridget Rohde, the chief assistant U.S. attorney in that office, would take over his role in an acting capacity.

"It has been my greatest honor to serve my country, New York City and the people of this district for almost 14 years, with the last 17 months serving as United States Attorney," Capers said.