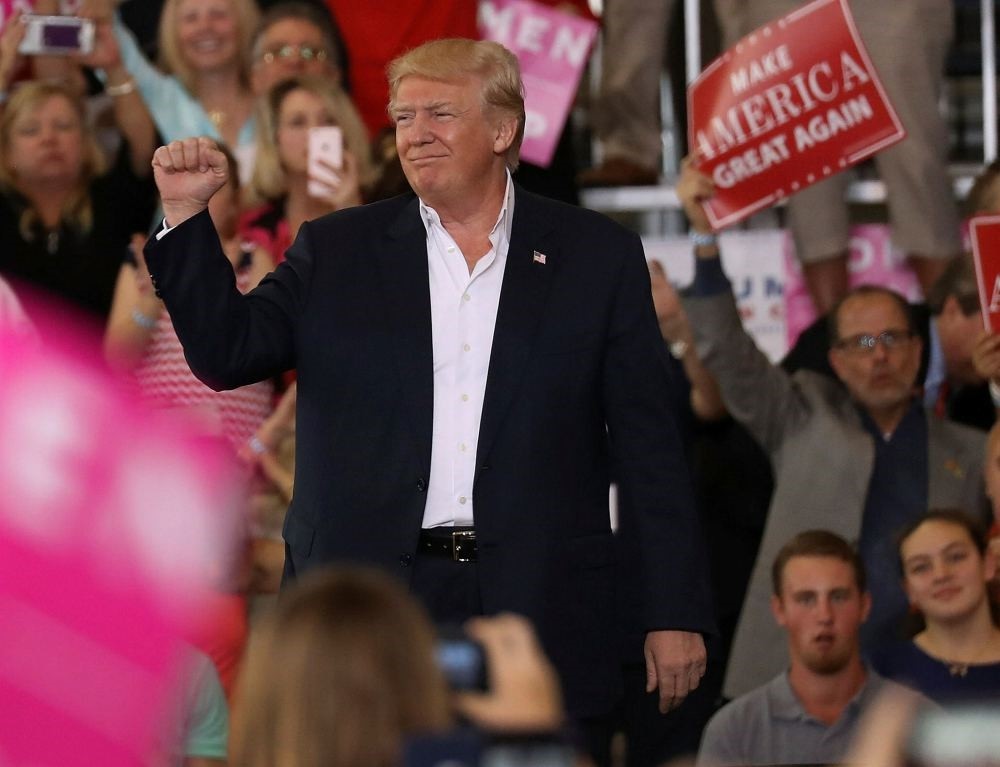 President Donald Trump holds a rally in which he supported his tough immigration agenda, citing attacks in Europe.
by Angelos Berberakis Mar 11, 2017 12:00 am

U.S. President Donald Trump signed a revised executive order on March 6 intended to pause the immigration processes from six countries, and state governments have already started to challenge it

The order was put into immediate effect to prevent anyone with malicious intent from hastily getting into the country during the period between the announcement and its execution.

Trump had pledged to "suspend immigration from terror-prone regions where vetting cannot safely occur," after citing multiple attacks by refugees or related to refugees across the West.

Shortly thereafter, coupled with outrage and numerous protests at airports, the 9th Circuit Federal Court of Appeals in San Francisco blocked the order and forced the travel restrictions to be lifted by citing illegality and discrimination.

Critics say that Trump's order was not only illegal but also rooted in hatred towards Muslims, calling it a "Muslim ban." However, this "Muslim ban" did not affect 90 percent of the world's Muslim population, and it also affected Christian, Jewish and other minorities living in these countries.

It has also been said that this order was illegal and even unconstitutional. Consequently, the White House has frequently cited U.S. Code title 8, § 1182(f) concerning inadmissible aliens. The code grants clear authority to the president regarding such bans, reading: "He may by proclamation, and for such period as he shall deem necessary, suspend the entry of all aliens or any class of aliens as immigrants or nonimmigrants, or impose on the entry of aliens any restrictions he may deem to be appropriate," and continues, "[Whenever he] finds that the entry of any aliens or of any class of aliens into the U.S. would be detrimental to the interests of the U.S."

Trump has stressed his deep concern over terrorism linked to immigration due to the terrorist attacks throughout Europe — which have left hundreds dead and thousands injured.

The legal battle over the first order is still being fought in the courts and will probably end up in the Supreme Court, which has overruled nearly 80 percent of the 9th Circuit's appeals in the past — the third highest reversal rate in the country.

Under the new travel pause, Iraq has been removed from the list of dangerous countries because its government is now both willing and able to apply better vetting procedures according to the U.S. There are other revisions as well: Existing visa holders will not be barred and the Syrian refugee program will not be suspended.

The travel ban is expected to take effect on March 16, however a looming legal battle can be seen in the horizon as the states of Hawaii, New York, Oregon, Massachusetts and Minnesota — all of which voted for Clinton in the 2016 election — are planning to file new lawsuits against the federal government to challenge the revised version.

The White House is accusing both Democrats and Republicans of attempting to sabotage Donald Trump's presidency by constantly putting obstacles in front of the new administration, this upcoming legal battle being only one of them. Even with majorities in the House of Representatives, Congress and the Senate, the Republican government is constantly facing opposition to its plans.
RELATED TOPICS