US Senate approves ex-ambassador to Germany as Trump's intelligence director 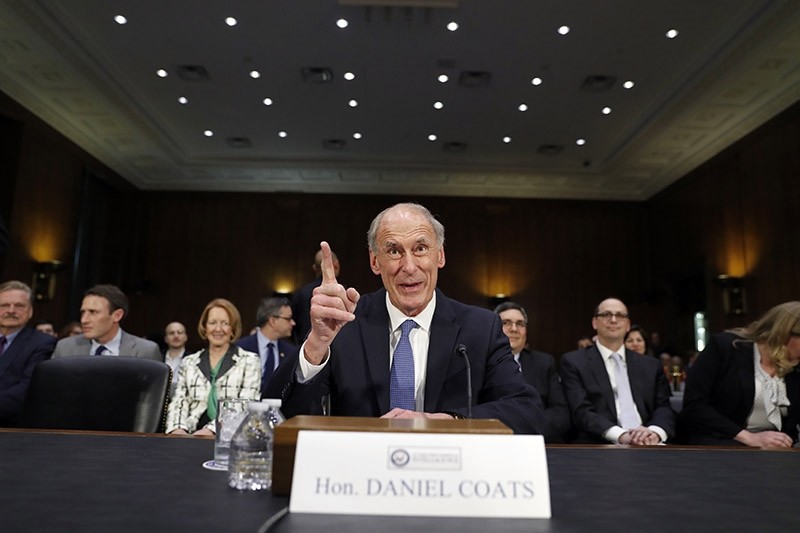 In this Feb. 28, 2017 file photo, Director of National Intelligence-designate Dan Coats speaks on Capitol Hill in Washington prior to testifying at his confirmation hearing before the Senate Intelligence Committee. (AP Photo)
by Compiled from Wire Services Mar 15, 2017 12:00 am

The U.S. Senate approved a former senator and ambassador to Germany to serve as Donald Trump's director of national intelligence on Wednesday.

The White House has struggled to build a team for national security and military policy. Trump's first choice for his essential national security advisor, Mike Flynn, was forced to resign after allegedly misrepresenting the content of December phone calls with the Russian ambassador.

Coats was nominated on January 7, but was placed near the bottom of a list of cabinet-level officials requiring Senate approval.

As director of national intelligence, he will be in charge of coordinating 17 bodies in the national security sphere, including the Central Intelligence Agency, the National Security Agency, the Defense intelligence agency and the Federal Bureau of Investigation.

He was U.S. ambassador to Germany from 2001 to 2005 under the George W. Bush administration.

He was one of six U.S. legislators and three White House aides blacklisted by Moscow in 2014 in reprisal for U.S. sanctions placed on the country for its seizure of the Crimean Peninsula from Ukraine.

A strong advocate for sanctions against Moscow, Coats called the ban an honor.

But in his confirmation hearing at the Senate intelligence committee on February 28, his former colleagues warned he might be "too nice" for a job in a White House where some cabinet officials are already at odds with Trump advisors over policies and staffing.

"You're one of the most likeable, affable easy-going people I've met," said Senator Angus King.

"I'm not sure likability and affability are the qualities I want in this position," he said.

"You're going to be reporting to a president who may or may not want to hear what you have to say."