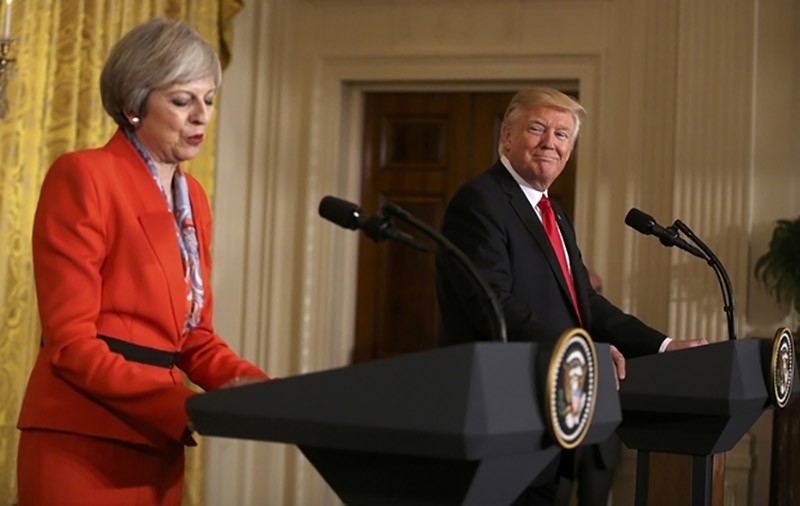 British Prime Minister Theresa May speaks as U.S. President Donald Trump looks on during their joint news conference at the White House in Washington, U.S., January 27, 2017. (Reuters Photo)
by Compiled from Wire Services Mar 17, 2017 12:00 am

A spokesman for Britain's prime minister says the White House has promised that it won't repeat a claim that U.K. spies snooped on U.S. President Donald Trump.

Prime Minister Theresa May's spokesman, James Slack, says the British government has made it clear to the U.S. that the "ridiculous" claims should be ignored. He said Friday that Washington has assured Britain they will not be repeated.

The White House said Friday that spokesman Sean Spicer had not accused Britain of spying on President Donald Trump when he repeated a Fox News report claiming that London's GCHQ intelligence agency had done so.

GCHQ took the unusual step of releasing a statement calling the claims "nonsense."

It said "they are utterly ridiculous and should be ignored."