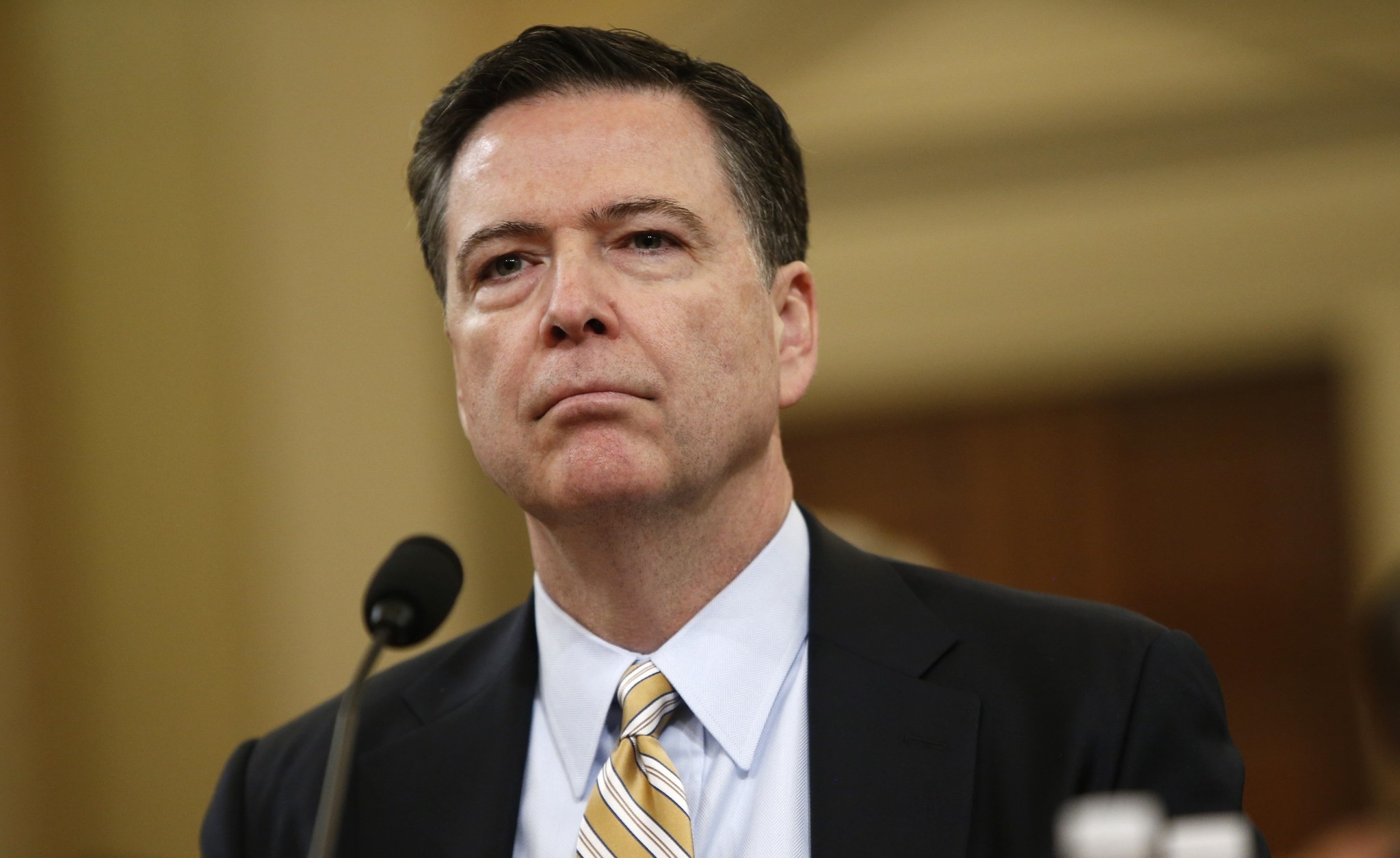 FBI Director James Comey confirmed Monday that the bureau is investigating possible links and coordination between Russia and associates of President Donald Trump as part of a broader probe of Russian interference in last year's presidential election.

The extraordinary revelation, and the first public confirmation of an investigation that began last summer, came at the outset of Comey's opening statement in a congressional hearing examining Russian meddling and possible connections between Moscow and Trump's campaign.

He acknowledged that the FBI does not ordinarily discuss ongoing investigations, but said he'd been authorized to do so given the extreme public interest in this case.

"This work is very complex, and there is no way for me to give you a timetable for when it will be done," Comey told the House intelligence committee.

The hearing, providing the most extensive public accounting of a matter that has dogged the Trump administration for its first two months, quickly broke along partisan lines. Democrats pressed for details on the status of the FBI's investigation, while Republicans repeatedly focused on news coverage and possible improper disclosures of classified information developed through surveillance.

Under questioning from the committee's top Democrat, Rep. Adam Schiff, the FBI director also publicly contradicted a series of tweets from Trump that declared the Republican candidate's phones had been ordered tapped by President Barack Obama during the campaign.

"I have no confirmation that supports those tweets, and we have looked carefully inside the FBI," Comey said. The same was true, he added, of the Justice Department.

Comey was the latest government official to reject Trump's claims, made without any evidence, that Obama had wiretapped his New York skyscraper during the campaign. Rep. Devin Nunes, a California Republican and chairman of the House intelligence committee, also rejected it earlier in the hearing.

Comey was testifying along with National Security Agency Director Michael Rogers, who also disputed allegations that surfaced last year that British intelligence services were involved in the wiretapping.

Trump took to Twitter before the hearing began, accusing Democrats of making up allegations about his campaign associates' contact with Russia during the election. He said Congress and the FBI should be going after media leaks and maybe even Hillary Clinton instead.

"The real story that Congress, the FBI and others should be looking into is the leaking of Classified information. Must find leaker now!" Trump tweeted early Monday as news coverage on the Russia allegations dominated the morning's cable news.

Trump also suggested, without evidence, that Clinton's campaign was in contact with Russia and had possibly thwarted a federal investigation. U.S. intelligence officials have not publicly raised the possibility of contacts between the Clintons and Moscow. Officials investigating the matter have said they believe Moscow had hacked into Democrats' computers in a bid to help Trump's election bid.

Monday's hearing, one of several by congressional panels probing allegations of Russian meddling, could allow for the greatest public accounting to date of investigations that have shadowed the Trump administration in its first two months.

But the panel's ranking Democrat said the material offered circumstantial evidence that American citizens colluded with Russians in Moscow's efforts to interfere in the presidential election.

"There was circumstantial evidence of collusion; there is direct evidence, I think, of deception," Schiff said on NBC's "Meet the Press." ''There's certainly enough for us to conduct an investigation."

Nunes said: "For the first time the American people, and all the political parties now, are paying attention to the threat that Russia poses."

The Senate Intelligence Committee has scheduled a similar hearing for later in the month.

Though Comey would not discuss specific evidence, he went far beyond his testimony from a hearing in January, when he refused to confirm or deny the existence of any investigation exploring possible connections between Trump associates and Russia, consistent with the FBI's longstanding policy of not publicly discussing its work.

His appearances on Capitol Hill since then have occurred in classified settings, often with small groups of lawmakers, and he has made no public statements connected to the Trump campaign or Russia.

Any lack of detail from Comey on Monday would likely be contrasted with public comments he made last year when closing out an investigation into Clinton's email practices and then, shortly before Election Day, announcing that the probe would be revived following the discovery of additional emails.