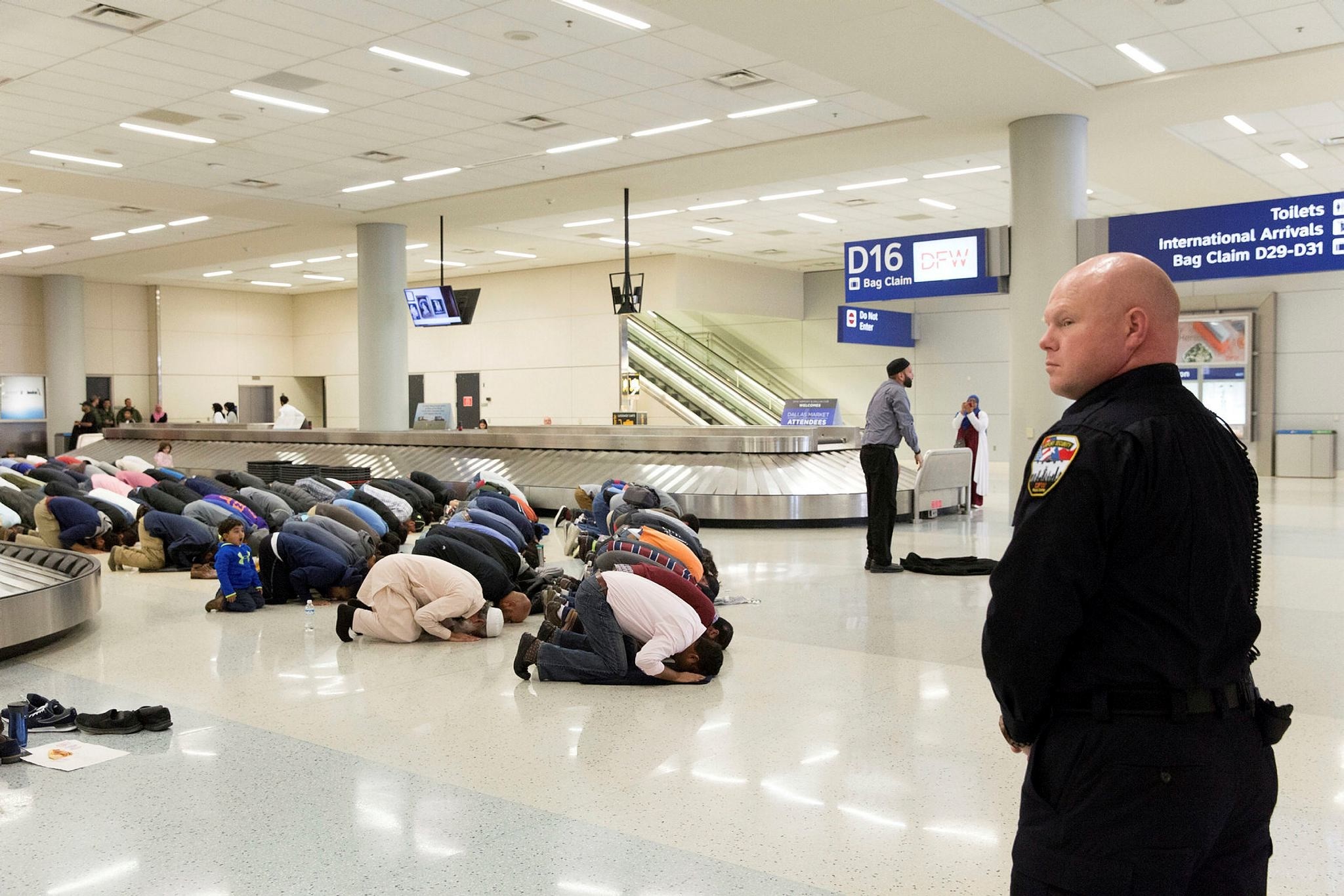 People gather to pray in baggage claim during a protest against the travel ban imposed by U.S. President Donald Trump's executive order, at Dallas/Fort Worth International Airport in Dallas, Texas, U.S. on January 29, 2017. (Reuters Photo)
by Associated Press
Mar 22, 2017 12:00 am

Donald Trump's administration is asking a U.S. court to quickly hear its appeal of a ruling that blocked the president's revised travel ban.

Lawyers for the president filed a brief with the 4th U.S. Circuit Court of Appeals in Virginia on Wednesday. In it, they argue that the matter is one of national importance and should be reviewed as soon as possible. They want the court to set an expedited schedule for filing briefs and hold oral arguments at the earliest opportunity after those are filed.

Courts in Maryland and Hawaii earlier this month blocked the revised ban, which would temporarily ban travel to the U.S. from six predominantly Muslim countries.

The ruling was a victory for immigrant advocates and civil liberties groups, which claimed the ban violated the Constitution.