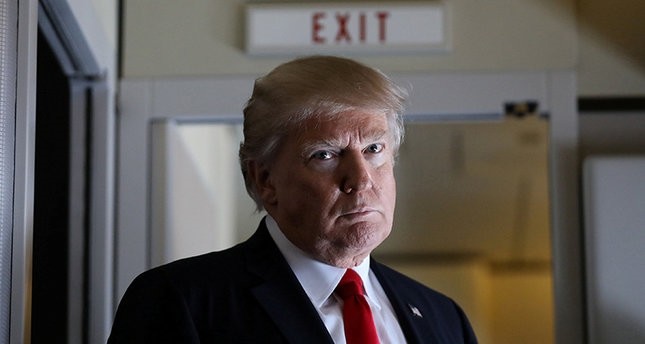 Twitter defied a U.S. government request for records that could identify users behind an account opposed to President Donald Trump, and is challenging that order in court.

The company filed a lawsuit in federal court in San Francisco against the federal Department of Homeland Security and its Customs and Border Protection office, charging that their efforts to "unmask" the people behind the account violate the First Amendment.

The account in question is @ALT_uscis, a reference to the U.S. Citizenship and Immigration Services office. The account described its users to The Associated Press in February as employees and former employees of the agency.

In the two months it has been created, the account has been critical of the Trump administration's immigration policies and "highlighted what the user views as a history of waste and mismanagement within USCIS and DHS," according to the lawsuit.

It is one of dozens of rogue Twitter accounts purporting to represent current or former government employees that have sprung up since Trump took office. Other such "alternative" — or "alt" — accounts include @Alt_CDC for the Centers for Disease Control and Prevention and @AltUSEPA for the Environmental Protection Agency. The latter dubs itself "The Unofficial 'Resistance' team of U.S. Environmental Protection Agency."

The faxed summons — from an agent at Customs and Border Protection — ordered Twitter to produce the records on March 13 — the day before Twitter received it, according to the suit.

In its lawsuit, Twitter claimed the government cannot compel the company to disclose users' identities without first meeting several tests. It must prove that a criminal or civil offense has been committed, that it's not asking for information with the intent of suppressing free speech, and that the interests of the investigation outweigh the First Amendment rights of Twitter and its users.

But the federal agencies and other defendants "have not come close" to demonstrating any of this, the lawsuit states.

This is not the first time Twitter has filed suit in defense of its and its users' First Amendment rights.

In 2012, the company fought back against a court order compelling it to turn over basic user information and tweets from an Occupy Wall Street protester. The protester later pleaded guilty to disorderly conduct. The posts had been public.