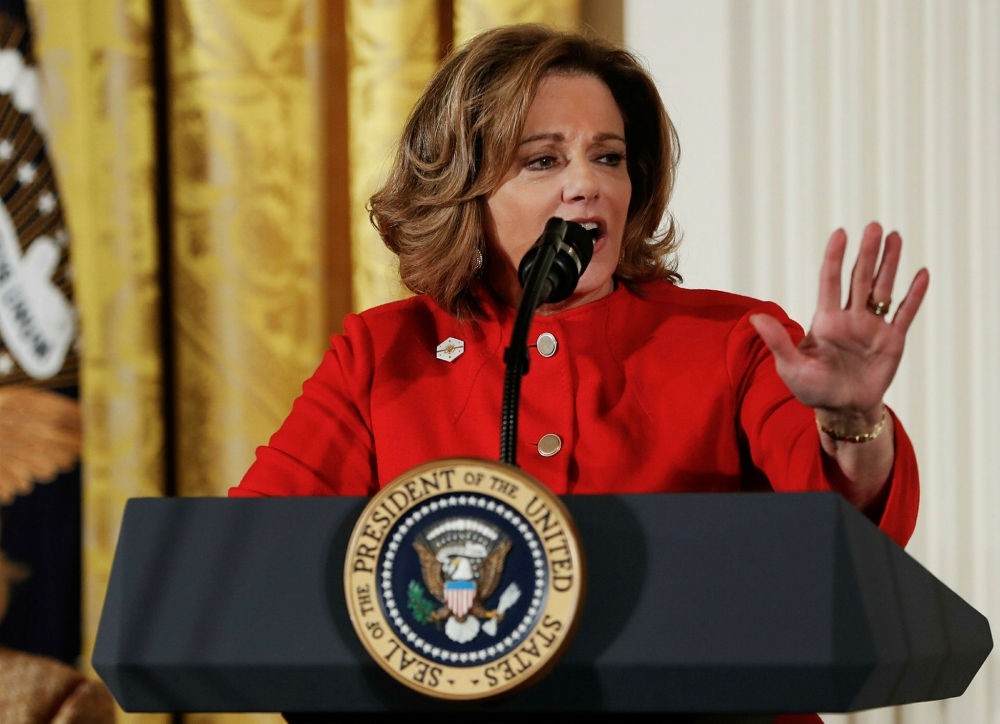 Amid the ongoing reorganization of the NSC, Kathleen Troia McFarland, former deputy to former National Security Adviser Michael Flynn, will become the U.S. envoy to Singapore

President Donald Trump asked for Michael Flynn's resignation just 24 days into his post after it was revealed that he withheld information that mislead Vice President Mike Pence regarding the content of his conversation with Russian ambassador Sergei Kislyak.

Kathleen Troia McFarland's proximate move was confirmed by a senior Trump administration official under the condition of anonymity on Sunday, since proper announcements have not yet been officially made because the administration is awaiting approval from Singapore. McFarland's new position will also require a Senate confirmation hearing.

Although initially it appears to be a demotion, USA Today wrote that the change in fact amounted to a promotion due to President Trump's increased focused on China and greater East Asia.

Lt. Gen. Herbert Raymond McMaster has been given a carte blanche to make changes to the National Security Council's (NSC) structure, looking to make the organization less hierarchical and himself more accessible to his staff.

On Thursday, President Trump met with top national security and Cabinet officials in the White House to launch missile strikes against a Syrian government airbase in retaliation for a chemical weapon attack in Idlib last Tuesday.

Among the attendees were Powell and Steve Bannon, the White House chief strategist, who was reported to have been "ousted" by several news organizations, however it appears that he was actually repositioned only after he had completed his tasks in the National Security Council.

"[Former Barack Obama Administration National Security Adviser] Susan Rice operationalized the NSC during the last administration," Bannon said in a statement, adding, "I was put on to ensure that it was de-operationalized."

"General McMaster has returned the NSC to its proper function," Bannon said.

According to senior White House sources, Bannon was initially appointed to the NSC in order to implement Trump's vision, including efforts to streamline operations in order to increase efficiency. After McMaster gained the administration's trust, Bannon's oversight was no longer required.

The reorganization comes as the Trump administration faces allegations that it colluded with Russian intelligence, leading to investigations regarding his election campaign, as well as Hillary Clinton's campaign.

The senior White House official said the changes were not in any way a response to the recent controversies linked to the NSC.

Weighing in on the reorganization, McMaster stated: "This is not as significant as it appears … Steve Bannon provides the president with advice on a broad range of issues and will continue to do so."

Other officials, including the chairman of the Joint Chiefs of Staff and the CIA director, were also added to the council, keeping in line with previous NSCs.