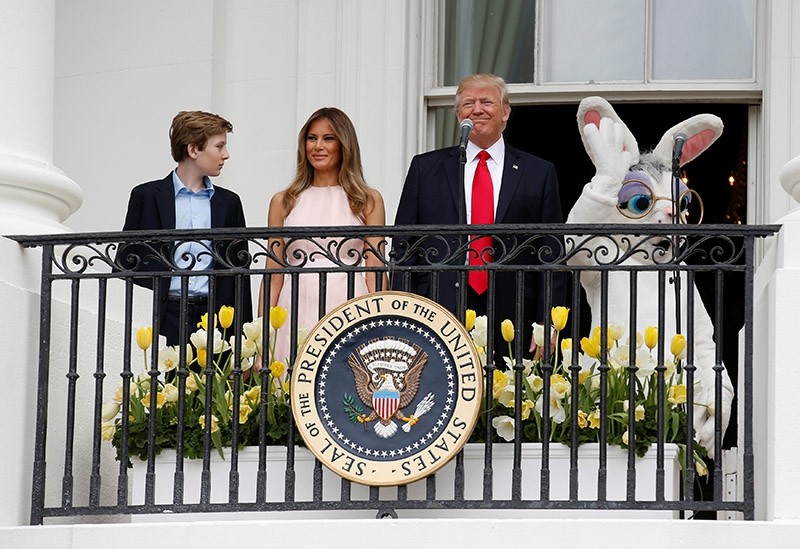 U.S. First Lady Melania Trump had to nudge President Donald Trump during the White House Easter Egg Roll day Monday, reminding her husband to place his hand over his heart during the national anthem.

Videos of Melania Trump poking the president went viral, during which the first lady noticed that Donald Trump forgot to raise his hand to his chest after the Easter Bunny and a singer from the US Marine Corps Band standing next to the couple started singing the anthem.

The videos show the first lady taking action by delivering a light bump with her free hand to the president, five seconds into the U.S. National Anthem.

The new president, who took office January 20, thanked the first lady for her efforts in organizing the children's event.

"She's really worked hard on this," he told a crowd on the White House lawn from a balcony of the presidential residence in Washington.

"Looking forward to hosting the annual Easter Egg Roll at the @WhiteHouse on Monday!" Melania tweeted Friday before the event.

Melania has participated in relatively few public events as first lady as she spends most weekdays at the Trump Tower penthouse in Manhattan while the couple's son Barron attends school in New York.
Last Update: Apr 18, 2017 12:04 pm
RELATED TOPICS