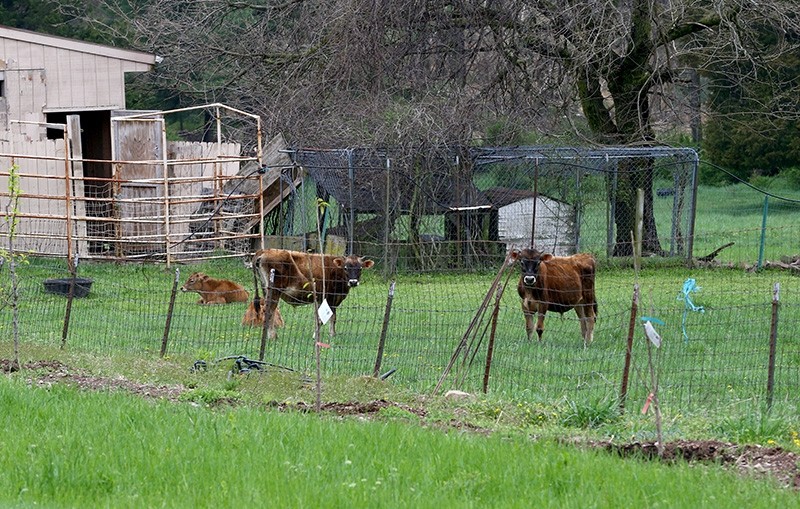 Members of the Gülenist terror group (FETÖ) have set up a dairy factory and are marketing the products under the label of "Amish", thus illegally exploiting the good reputation enjoyed by the Amish people, a religious minority of Christian Protestant orientation which is famous for its healthy, natural and rustic lifestyle.

A business operating under the name of "Natürlich" in the Saylorsburg region of Pennsylvania, a northeastern state in the U.S., markets dairy products by labelling them as "Amish". The business is linked to the company "Mudi Farm Export LLC", presided by Murat Hokka, who at the same time is known as a cook at FETÖ leader Fethullah Gülen's compound "Golden Generation Worship and Retreat Center".

The "Natürlich" website offers information on Amish ways of life with the slogan "Learn our culture" and presents itself as a keeper of traditions and a trustworthy local producer: "The difference starts from the source. […] The Amish take care of their animals with utmost care so you know you are supporting and consuming healthy yogurt from healthy, happy cows."

Further information offered on the website claims that Mudi Farm Export LLC had "grown from a domestic livestock dealer to an international exporter" and that "[a]fter many years of business partnership with the Amish and Mennonite peoples and tasting their delicious milk and dairy products, we came up with the idea of producing yogurt and cheese", founding their brands in 2016. The only hint at the ownership of the firm is hidden in the lapidary sentence: "Our president Murat Hokka's lifetime experience as a chef also contributed to our taste."

Anadolu Agency tried to trace the property situation of the firm and found a farm named "Mudi farm" as close as 100 meters to the Gülen compound, while the genuine Amish concentrate in Lancaster, which is more than 150 kilometers away. It could not be formally ascertained that the farm close to Gülen's headquarter belonged to "Mudi Farm Export LLC"; representatives of the firm, when called by an AA reporter, claimed that they were cooperating with the Amish and that their factory was indeed located in Lancaster, but in spite of persistent inquiries refused to give an address.

Murat Hokka, president of the company, has been known for his appearance on Samanyolu TV, a TV station linked to the Gülen movement which is now closed, where he was introduced as the cook of the "Golden Generation Worship and Retreat Center". He may also be the business partner of a second high-ranking FETÖ-member, as Anadolu Agency unearthed: There is yet another farm known as "Mudi Farm Inc" in Pennsylvania, which is registered under the name of Cevdet Türkyolu.

Türkyolu, an imam said to have served as a manager for the Gülen compound and married to Gülen's niece, had been active as a proprietor in Turkey. He was disclosed to be Gülen's "second man" in the course of a court case in Sakarya (a province in Turkey's Western Black Sea Region) during post-coup investigations, with all of his properties being confiscated as a result. However, the link between both companies, although bearing the same name, is speculative so far.

The "Amish" label comes in handy for the Gülenist terror organization, as Amish products are rather sought after, implying honesty, integrity and durability for the consumer. The Amish stay in their own communities in Pennsylvania and some Midwestern states, following a traditional lifestyle and largely refraining from the use of modern-day technology.

Amish representatives have expressed their disappointment and disagreement regarding the Gülenist marketing trick. An Amish member called 'Jack' who lives in Lancaster told Anadolu Agency that to market products under the 'Amish' label of without a proper warrant meant deceiving customers. "We are sad that the name is used by others, however this is not a copyright issue. We will not pursue this as is it against our faith to open court cases against others," he stated. Jack also explained that the only secure way to tell an Amish product apart from other products merely marketed as "Amish" was to visit its place of production.