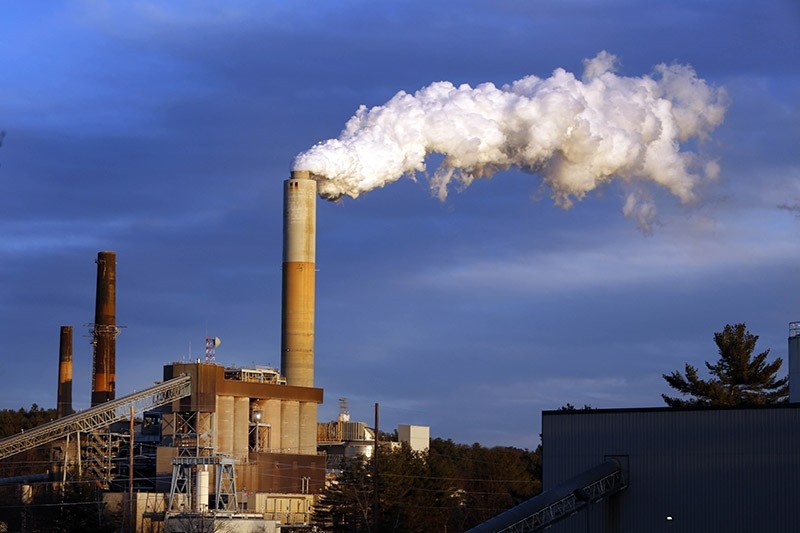 President Donald Trump will announce Thursday whether the United States will withdraw from the Paris climate accord, as aides reportedly said a pullout is likely.

"I will be announcing my decision on Paris Accord, Thursday at 3:00 P.M. The White House Rose Garden. MAKE AMERICA GREAT AGAIN!" the U.S. leader said in a tweet late Wednesday, punctuating the post with his populist campaign slogan.

Trump has not given any indication of which way he is leaning, saying he'd been "hearing from a lot of people, both ways. Both ways."

America's international allies and Trump's domestic opponents lashed out Wednesday at media reports that he had made up his mind to pull the United States out of the global accord to curb carbon emissions, a move that would make the deal less effective.

The White House did not confirm those reports and it was unclear whether Trump would fully scrap U.S. participation or merely water down U.S. emissions objectives.

The president has been known to change his thinking on major decisions and tends to seek counsel from both inside and outside advisers, many with differing agendas, until the last minute.

Abandoning the pact would isolate the U.S. from a raft of international allies who spent years negotiating the 2015 agreement to fight global warming and pollution by reducing carbon emissions in nearly 200 nations. While traveling abroad last week, Trump was repeatedly pressed to stay in the deal by European leaders and the Vatican. Withdrawing would leave the United States aligned only with Russia among the world's industrialized economies.

American corporate leaders have also appealed to the businessman-turned-president to stay. They include Apple, Google and Walmart. Even fossil fuel companies such as Exxon Mobil, BP and Shell say the United States should abide by the deal.

Trump's predecessor Barack Obama enacted the deal without U.S. Senate ratification. A formal withdrawal would take years, experts say, a situation that led the president of the European Commission to speak dismissively of Trump on Wednesday.

Trump doesn't "comprehensively understand" the terms of the accord, though European leaders tried to explain the process for withdrawing to him "in clear, simple sentences" during summit meetings last week, Jean-Claude Juncker said in Berlin. "It looks like that attempt failed," Juncker said. "This notion, 'I am Trump, I am American, America first and I am getting out,' that is not going to happen."

The European Union and China indicated they would press ahead with the deal, regardless of US participation.

The United States is the world's second biggest carbon emitter, after China.

"China and the EU... will implement the agreement," a senior EU official told reporters on Wednesday, on condition of anonymity.

"The Paris Agreement will continue with full force of implementation even if the U.S. pulls out."

Trump's position on the Paris accord was a focal point of last week's G7 summit in Sicily, at which leaders of the world's six other leading economies pressed him to renew the U.S. commitment to the deal.

A frustrated German Chancellor Angela Merkel later warned that Europe "must take its fate into its own hands," citing the differences with Washington on climate change as evidence of their divergent paths.

She described the discussion as "very difficult, not to say very unsatisfactory."

U.S. Defense Secretary Jim Mattis responded in a television interview Sunday, assuring that Trump was "wide open on this issue as he takes in the pros and cons of that accord."

UN Secretary General Antonio Guterres has weighed in, arguing on Tuesday that the United States should not leave the Paris Agreement.

"But even if the government decides to leave the Paris agreement, it's very important for U.S. society as a whole -- the cities, the states, the companies, the businesses -- to remain engaged," he said.