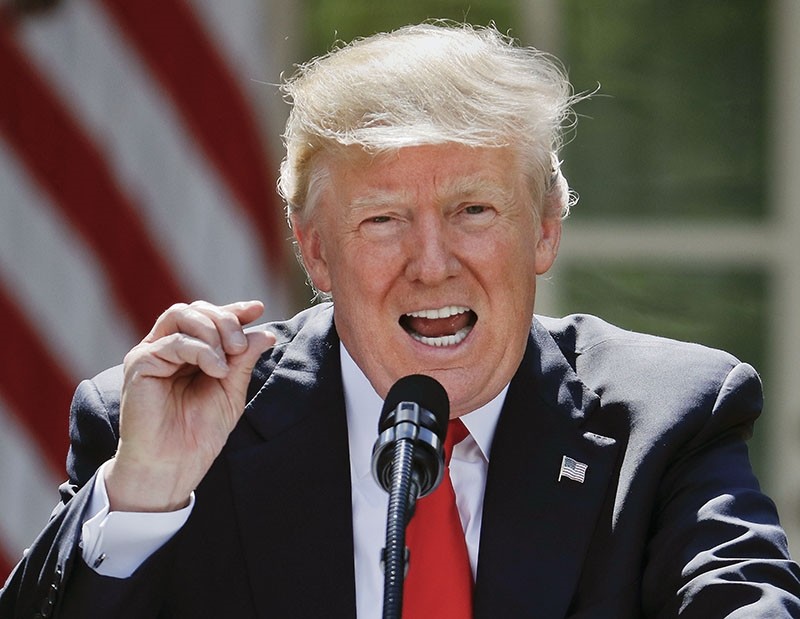 President Donald Trump, in a flurry of Sunday morning tweets on the London attacks, criticized the city's mayor and bemoaned what Trump described as political correctness when it comes to national security.

The attacks killed seven people in a busy section of London and wounded about 50 people.

Trump went after London Mayor Sadiq Khan for saying there was "no reason to be alarmed." Khan did use those words in a television interview, but it was to reassure Londoners about a stepped up police presence they might see: "No reason to be alarmed. One of things the police and all of us need to do to make sure we are as safe as we possibly can be," Khan said.

The president, who used his initial response late Saturday to promote his travel ban that courts have blocked, returned again to national security.

"At least 7 dead and 48 wounded in terror attack and Mayor of London says there is 'no reason to be alarmed!'" he said in one tweet.

"We must stop being politically correct and get down to the business of security for our people. If we don't get smart it will only get worse," Trump tweeted.

Khan hit back by saying he had "more important things to do" than respond to an "ill-informed" tweet sent by US President Donald Trump after the London terror attack, his office said Sunday.

"The Mayor is busy working... to coordinate the response to this horrific and cowardly terrorist attack," said Khan's spokesman. "He has more important things to do than respond to Donald Trump's ill-informed tweet that deliberately takes out of context his remarks urging Londoners not to be alarmed when they saw more police -- including armed officers -- on the streets."

Trump also did not miss the opportunity to promote his controversial travel ban on predominantly Muslim countries. His first comment on Twitter late Saturday was: "We need to be smart, vigilant and tough. We need the courts to give us back our rights. We need the Travel Ban as an extra level of safety!"

His administration asked the Supreme Court last week to immediately reinstate his proposed ban on travelers from six countries and refugees from anywhere in the world. The administration argues that the U.S. will be safer if the policy is put in place.

Lower courts have blocked the Trump policy, citing various reasons including statements Trump made during the 2016 campaign.

The legal fight pits the president's authority over immigration against what lower courts have said is a policy that purported to be about national security but was intended to target Muslims.

In the final tweet in his morning series, Trump noted that the London attackers used a van to slam into pedestrians and then assaulted people with knives.

"Did you notice we are not having a gun debate right now? That's because they used knives and a truck."