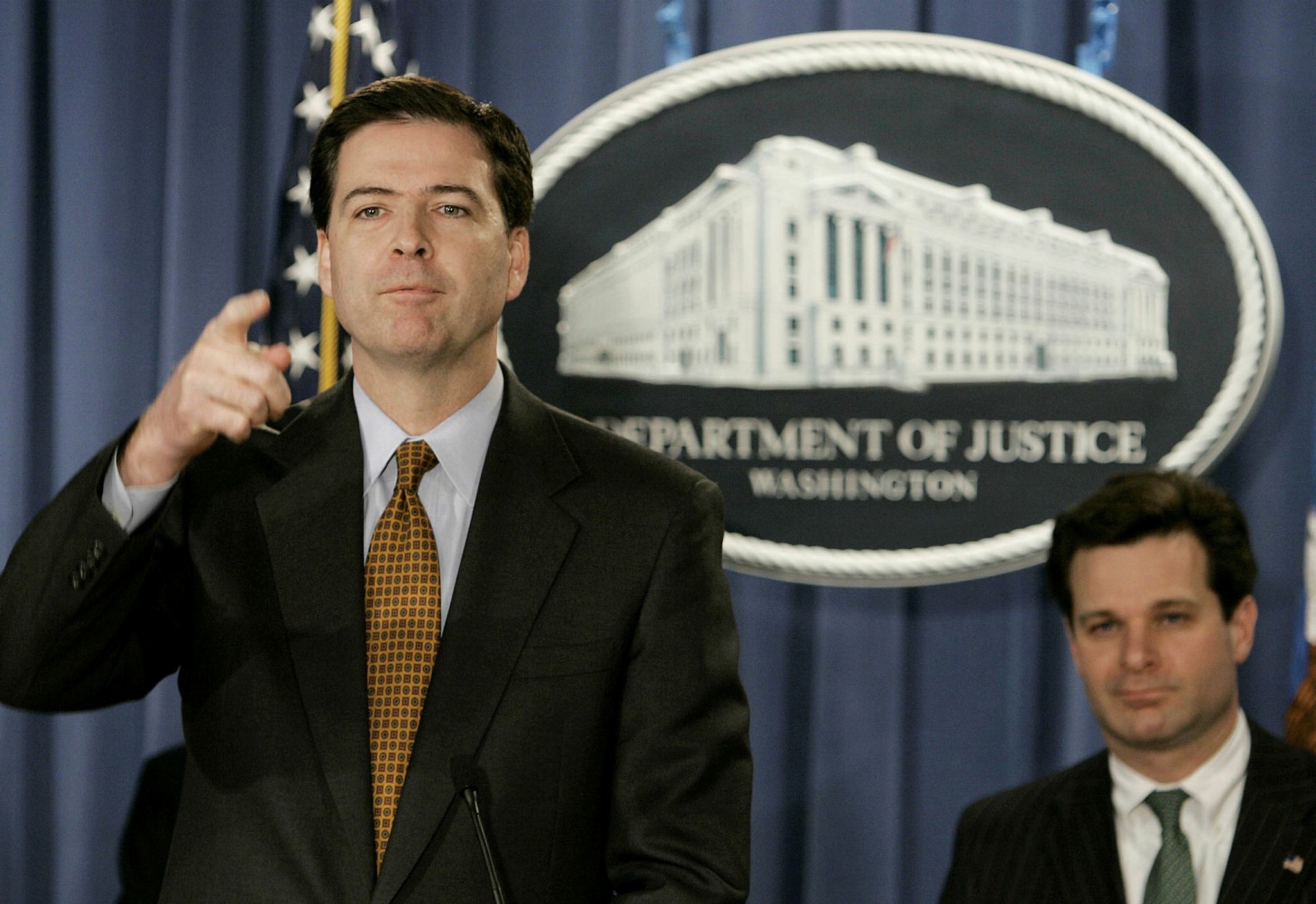 This file photo taken on December 15, 2004 shows Deputy US Attorney General James B. Comey (L) at a news conference with Assistant Attorney General Christopher Wray (R) at the Justice Department in Washington, DC. (AFP Photo)
by Associated Press Jun 07, 2017 12:00 am

Former FBI Director James Comey will say in his opening statement to a congressional hearing that President Donald Trump told him, "I need loyalty. I expect loyalty" during a January dinner.

Comey is set to testify before the Senate Intelligence committee Thursday. His prepared statement was released Wednesday afternoon.

In the statement, Comey says he and Trump dined together privately in January. During the meal, he says Trump asked him if he wanted to remain on as FBI director.

Comey says he replied that he wanted to serve out his ten-year term and "was not on anybody's side politically." Comey says Trump then made his statement about loyalty. Trump abruptly fired Comey last month.