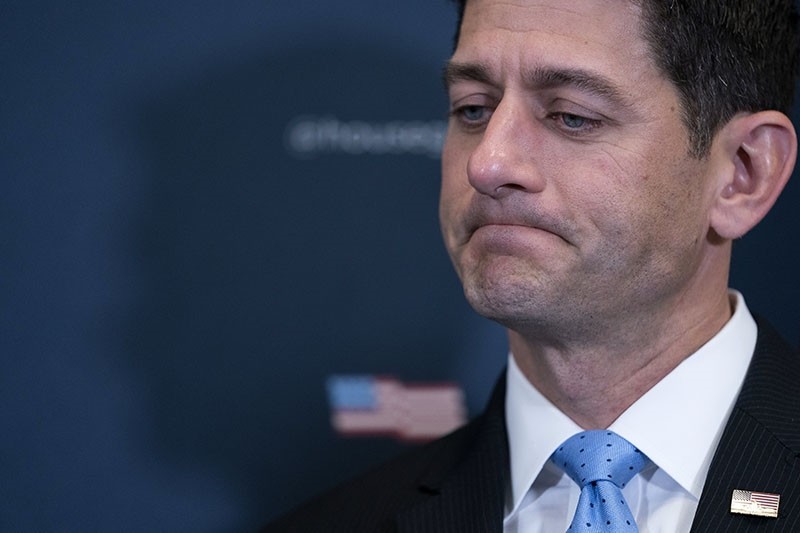 peaker of the House Paul Ryan listens to remarks during a press conference that followed a Republican caucus meeting in the US Capitol (EPA Photo)
by Daily Sabah Jun 07, 2017 12:00 am

House Speaker Paul Ryan was mocked on Twitter after he mistakenly called Turkey's capital Istanbul in a statement he issued after the House passed a bill regarding the incident in front of Turkish ambassador's residence in May.

"I urge Istanbul to finally accept responsibility for this egregious incident and apologize to those who were harmed" Ryan said. 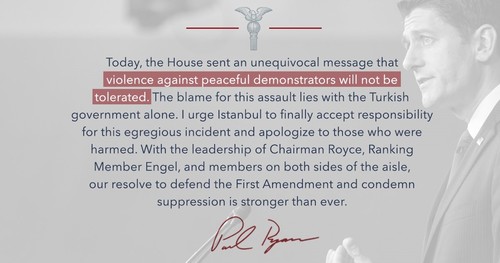 Twitter users were quick to poke fun at Ryan's statement, and alluded to "Istanbul (not Constantinople)" a popular song by They Might Be Giants.

"CORRECTION: We urge Constantinople to finally accept responsibility for this egregious incident" one user said, while another user said they would demand an apology from Byzantium, whose capital was Istanbul.

CORRECTION: We urge Constantinople to finally accept responsibility for this egregious incident #istanbulisconstantinople

If Constantinople refuses to accept responsibility for this incident we will demand an apology from Byzantium!!
Follow the History!!

Another user broke the news to Ryan that Istanbul has never been the capital of Turkey.

The Foreign Ministry summoned the U.S. ambassador to Ankara to protest police handling of violent pro-PKK protesters in front of the Turkish embassy in Washington, D.C. during President Recep Tayyip Erdoğan's May 16 visit on May.
A group of Turkish citizens, who were also there to support Erdoğan and Turkey, started to respond to the group's verbal harassment.

The first fight reportedly broke out at the Turkish Embassy when supporters of the terrorist group threw water bottles at Turkish citizens, triggering a 10-15 second fist fight in the middle of the road.

Only two police officers interceded in the fight, and it was clear the police were not ready for this scene, as there were only around 10 police officers outside the embassy.

Later when Erdoğan arrived at the embassy building, protesters continued their grave insults, shouted slogans and threw water bottles. Some Turkish citizens and the head of the president's security detail stepped in.