Trump says he would be willing to testify under oath 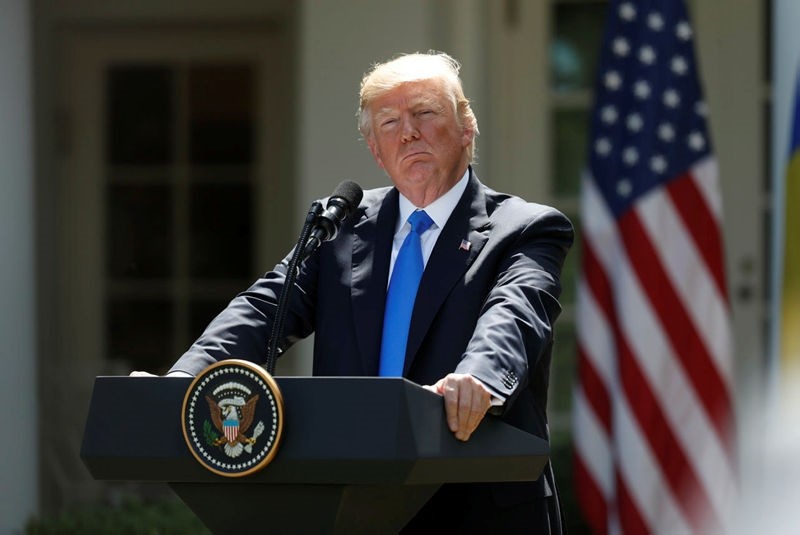 President Donald Trump on Friday accused James Comey of lying to Congress about the contents of their private meetings in the weeks before he sacked the FBI chief -- and said he'd be willing to testify under oath about it.

Trump was addressing reporters for the first time since Thursday's explosive testimony in which Comey branded the president a liar, and said he was fired over his handling of the FBI probe into Russian election meddling.

Trump branded Comey a "leaker" for indirectly providing to reporters the contents of memos he wrote after their private conversations. The president's lawyer has hinted the ousted lawman should be prosecuted for the leak.

"Some of the things that he said just weren't true," added the president who, when asked if he would be willing to speak under oath to special prosecutor Robert Mueller about his version of the encounters, Trump responded: "100 percent."

Questioned about Comey's central claim that Trump told him to drop the FBI probe into his former national security advisor Michael Flynn, Trump responded: "I didn't say that."

"And there would be nothing wrong if I did say it according to everybody that I read today, but I did not say that."

Pundits and legal experts have been divided on whether Trump's actions rose to the level of obstruction of justice, a potentially impeachable offense, while Comey said that decision was now in the hands of Mueller, who is also a former FBI director.

Trump also denied asking Comey for a pledge of loyalty during one of a string of private meetings.

"I hardly know the man," Trump said. "I'm not going to say, 'I want you to pledge allegiance'."

During almost three hours of statements Thursday before the Senate Intelligence Committee, Comey described himself as "stunned" by Trump's "very disturbing" and "very concerning" behavior in several of their meetings.

Detailing one-on-one talks with a sitting president -- which under normal circumstances are private -- Comey said he took painstaking notes for fear Trump might "lie" about the unusual encounters.

And Comey admitted he asked a friend to leak those notes to a reporter, betting -- correctly -- that the details would prompt the appointment of a special prosecutor.

Trump abruptly fired Comey as director of the Federal Bureau of Investigation on May 9, admitting later that the Russia probe was on his mind at the time.