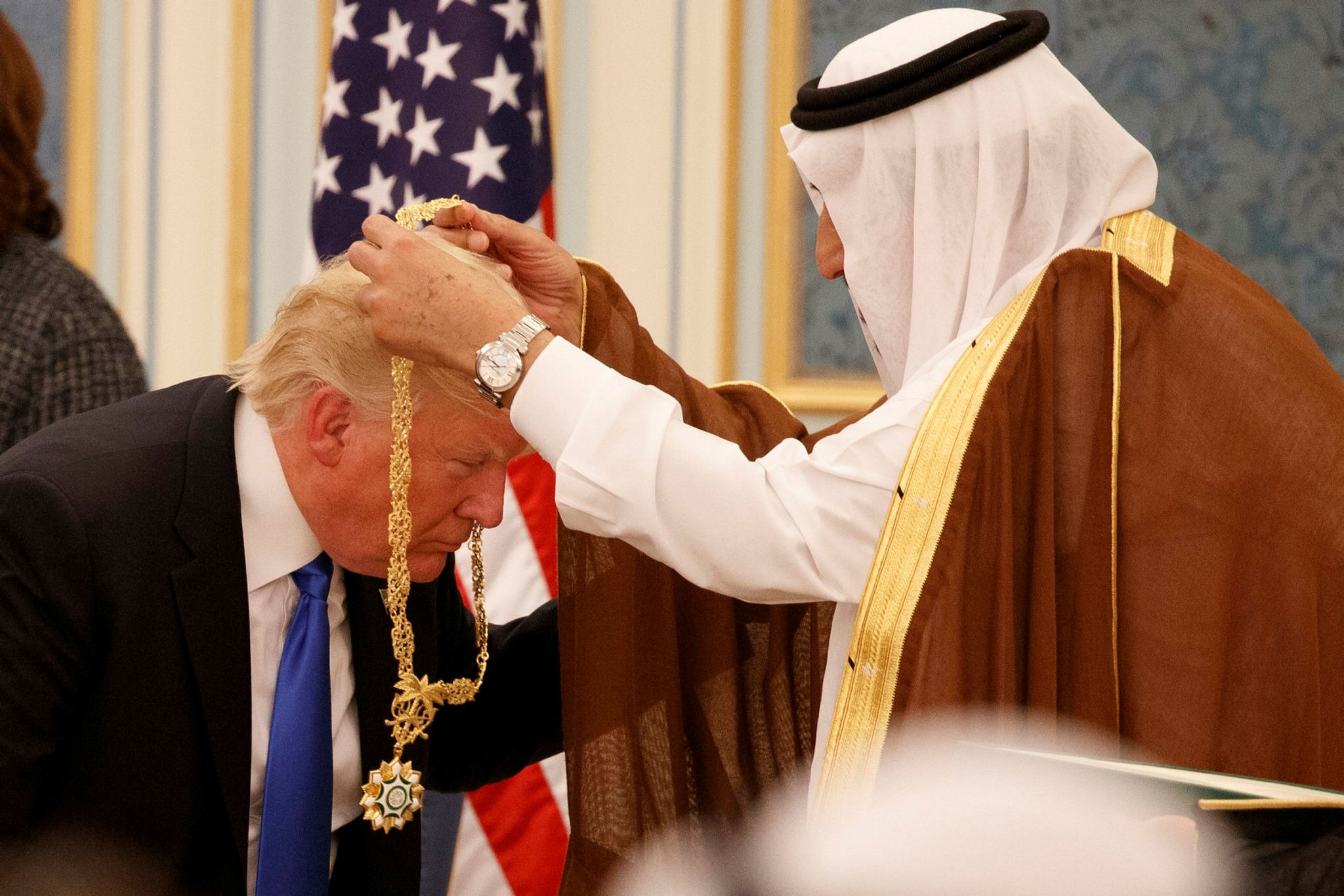 In this Saturday, May 20, 2017 file photo, Saudi King Salman presents President Donald Trump with the highest civilian honor, the Collar of Abdulaziz Al Saud, at the Royal Court Palace, in Riyadh, Saudi Arabia (AP Photo)
by Daily Sabah with AP Jun 13, 2017 12:00 am

The U.S. Senate voted Tuesday afternoon on to block the resolution aimed at stopping the sale of an estimated $510 million in precision-guided munitions, part of Trump's proposed $110 billion arms package to Riyadh. The administration said the deal would potentially create tens of thousands of new jobs in the U.S. while also easing the security burden on the U.S. by bolstering the kingdom's ability to provide for its own defense.

But opponents of the deal, led by Sen. Chris Murphy, a Connecticut Democrat, and Sen. Rand Paul, a Kentucky Republican, are critical of Saudi Arabia's role in Yemen's civil war. They fear the sophisticated weapons could be used in the conflict and have crafted a resolution of disapproval to derail the deal.

Paul, who challenged Trump for the GOP presidential nomination as a leader of the party's non-interventionist wing, sharply criticized Saudi Arabia during remarks on the Senate floor. He said the munitions sale threatens the lives of innocent Yemenis.

The war in Yemen is pitting the country's internationally recognized government and a Saudi-led coalition against the Iranian-backed Shiite militants known as Houthis, who are allied with army units loyal to a former president. The Saudi-led coalition, which is supported by the United States, has been carrying out airstrikes in Yemen since March 2015 and thousands of civilians have been killed in the fighting, according to the U.N.

Sen. Lindsey Graham, R-S.C., said rejecting the sale of precision munitions to Saudi Arabia would be a victory for Iran.

"If you don't think containing Iran and keeping them from toppling Yemen, Iraq, Syria (and) Lebanon is not in our national interest, you're making a huge mistake," he said.

Trump's decision to move ahead with the sale appeared to reverse an Obama administration decision to hold sales of precision-guided munitions to Saudi Arabia's armed forces after a Saudi air strike on a funeral in Yemen last year killed more than 140 people.