4 killed after shooting at UPS warehouse in San Francisco 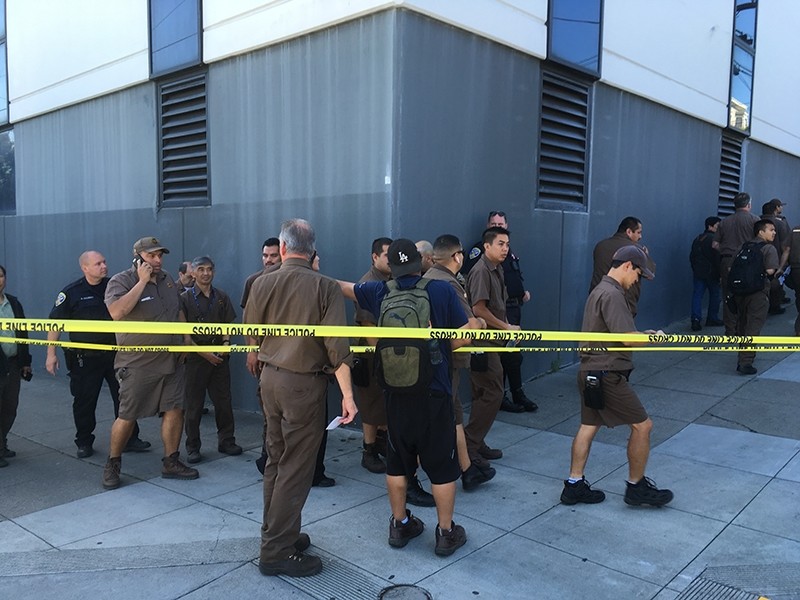 UPS workers gather outside after a reported shooting at a UPS warehouse and customer service center in San Francisco on Wednesday, June 14, 2017 (AP Photo)
by Associated Press Jun 14, 2017 12:00 am

Authorities say a shooting at San Francisco UPS warehouse has killed three people as well as the shooter.

San Francisco police Sgt. Toney Chaplin says at a news conference that two others were wounded Wednesday. He says that the shooter shot himself, and police have not determined a motive.

A UPS spokesman says four people were injured in a shooting at a package delivery facility in San Francisco and that the shooter was an employee.

UPS spokesman Steve Gaut said Wednesday that he believed the shooter "turned the gun on himself" but did not have additional information.

He said the four victims were taken to a hospital but didn't know their conditions.

The building is located in the Portero Hill, which is about 2.5 miles from downtown San Francisco.

Police are advising people to avoid the area.