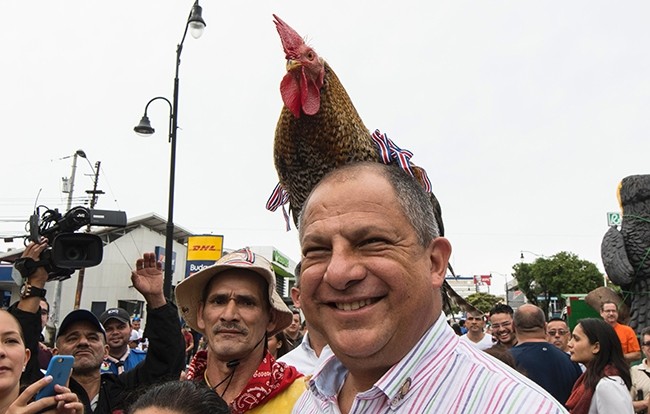 President of Costa Rica Luis Guillermo Solis Rivera is creating a buzz for accidentally swallowing a wasp during an interview on live television.

Rivera was giving a press briefing about an asphalt plant in Paso Real when the insect flew into his mouth.

The Costa Rican president attempted to appear unfazed by the incident and tried to carry on with the interview, but was unable to continue as he started laughing.

"I ate it! I ate the wasp!" Rivera said as everyone around him started laughing as well.

"You don't see that every day – they're going to send it to CNN, pure protein!" he added as one his aides handed him a handkerchief and a bottle of water.

The video of the incident went viral online and generated a generous response on social media.