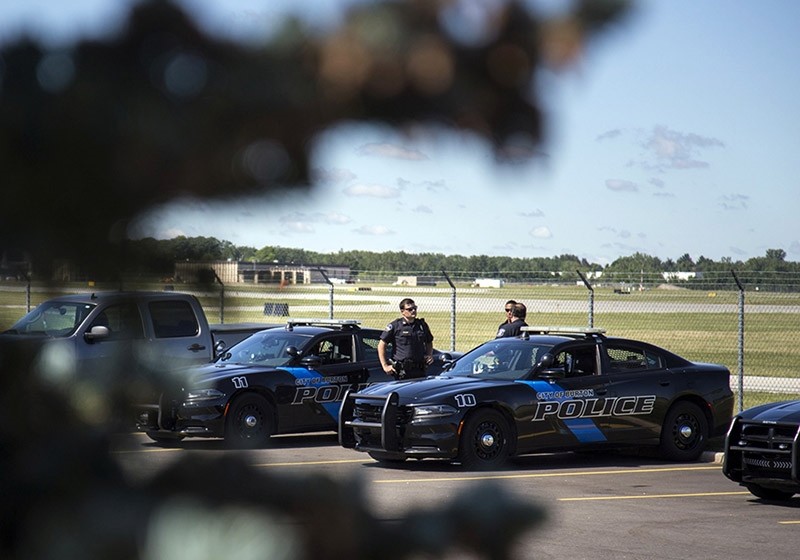 Officials on Wednesday morning evacuated an airport in Flint, Michigan, where a witness said he saw an officer bleeding from his neck and a knife nearby on the ground.

On Twitter, Michigan State Police say the officer is in critical condition and the FBI was leading the investigation.

A law enforcement official said late Wednesday that the FBI was looking at terrorism as a possible motive in the stabbing of the officer.

The official who spoke on condition of anonymity because the individual wasn't able to publicly discuss it said the investigation of the assault at Bishop International Airport is in its early stages.

A second law enforcement official also speaking on condition of anonymity said authorities were investigating witness reports the suspect made during the incident, including saying "Allahu akbar," the Arabic phrase for "God is great."

Michigan State Police Lt. Mike Shaw said one person was in custody and nobody else was believed to have been involved.

Shaw identified the officer who was stabbed is Lt. Jeff Neville with the Bishop International Airport police. He said Neville's condition also has been upgraded from critical to stable condition.

Bishop International Airport posted on Facebook that passengers were safe and were being told to check for flight delays or cancelations.

Ken Brown told The Flint Journal he was dropping off his daughter at the airport and saw the officer bleeding from his neck. He says he saw a man detained by police and a knife on the ground.

"The cop was on his hands and knees bleeding from his neck," Brown said. "I said they need to get him a towel."

Cherie Carpenter, who was awaiting a flight to Texas to see her new grandchild, teold Flint TV station WJRT she saw the attacker being led away in handcuffs. She described the man in custody as appearing "blank, just totally blank."

Flint is about 50 miles northwest of Detroit.