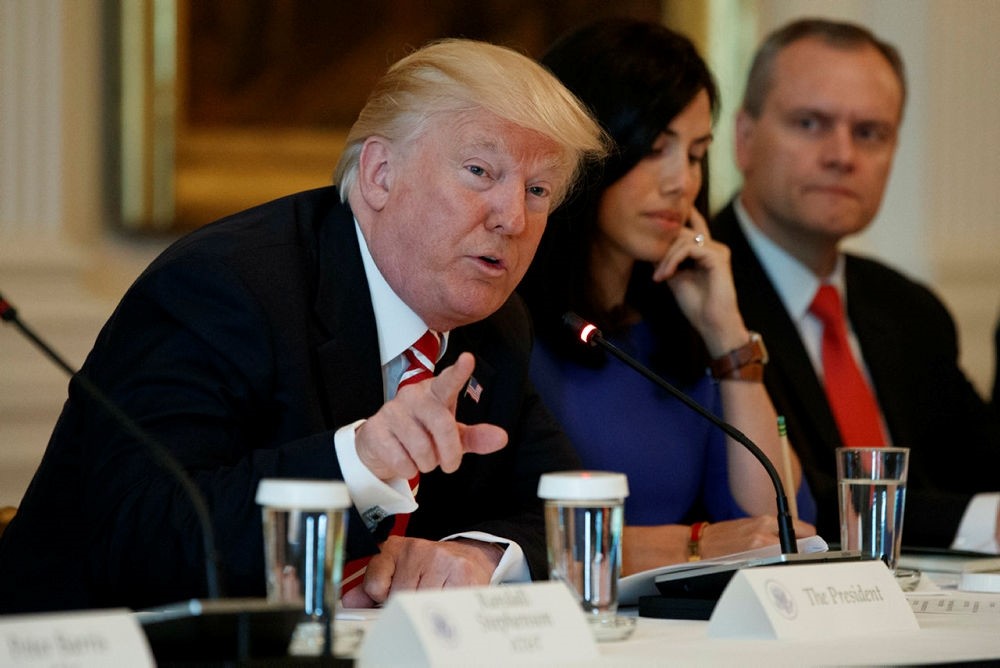 US President Donald Trump said Thursday he did not have recordings of his meetings with former FBI director James Comey, after weeks of speculations that the Republican billionaire leader himself fueled.

"With all of the recently reported electronic surveillance, intercepts, unmasking and illegal leaking of information, I have no idea whether there are 'tapes' or recordings of my conversations with James Comey, but I did not make, and do not have, any such recordings," Trump said on Twitter.

The announcement came after weeks of challenges to the president to prove his assertion that he might have recordings of his private conversations with his former chief of the Federal Bureau of Investigation, whom he fired on May 9.

"James Comey better hope that there are no 'tapes' of our conversations before he starts leaking to the press!" Trump tweeted three days later.

Trump's claim became the focus of allegations that Comey's firing was an effort to obstruct the FBI's investigation into possible collusion between Trump's presidential campaign and Russian interference in last year's election.

In a June 8 hearing in Congress, Comey said he hoped there were tapes to support his view that in their discussions, during which he said Trump had pressured him over the Russia probe.

"I've seen the tweet about tapes. Lordy, I hope there are tapes," he told the Senate Intelligence Committee.