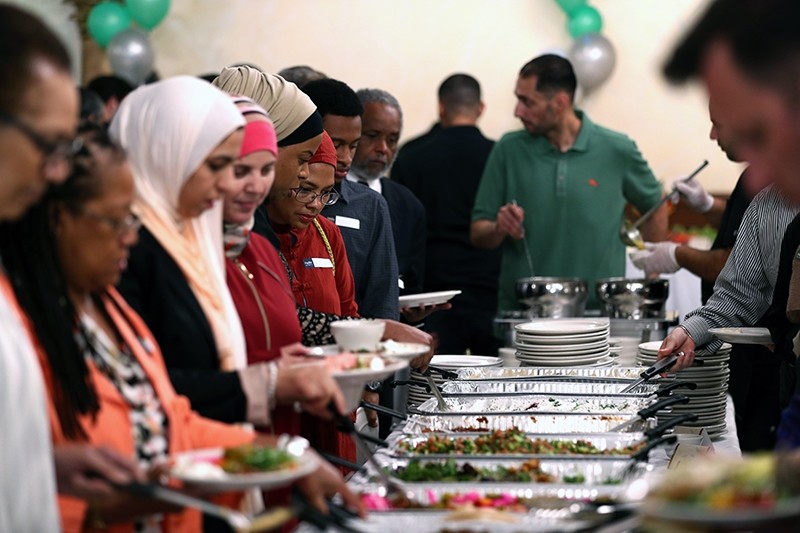 The Trump administration's most recent attempt to curtail Muslim immigration is having a "counterproductive" effect on its stated goal - securing the nation, according to a top official at one of the nation's largest mosques.

The Islamic Center of America has served the Detroit, Michigan area's substantial Muslim community in its present form since 2005.

But the Muslims who call the area home have deep roots in the U.S. dating to the early 20th century when auto-pioneer Henry Ford opened plants in Dearborn and Detroit, attracting immigrants from across the world to what would become Motor City.

Arab-Americans, many of whom are Muslim, now make up about 30 percent of the population of Dearborn and have gone on to become established figures in the community and beyond.

"We have the desire and motivation to be an integral part of securing our country, and when there is this type of rhetoric, when the rhetoric is aimed at Muslims in general, and immigrants in particular, and refugees, then it really erodes some of the confidence that has been built up over the generations," said Kassem Allie, the executive administrator at the Islamic Center of America.

Following a Supreme Court decision earlier this week to allow parts of President Donald Trump's travel ban on six Muslim-majority countries to go into effect, the State Department announced Thursday how it would interpret the Court's guidance.

The Court specified that while the administration could proceed with the order's implementation, it could not enforce it on individuals from the six countries who have a "credible claim of a bona fide relationship" with a U.S. person or entity.

The Trump administration is interpreting that decision capriciously.

As far as entities go, the Trump administration has decided that pertains only to relationships that are "formal, documented, and formed in the ordinary course of events rather than to evade the executive order itself".

Refugee agencies seeking to resettle asylum seekers who do not have one of the approved familial relations need not apply.

That is likely to sharply curtail refugee entry from the six designated countries which include Iran, Libya, Somalia, Sudan, Syria and Yemen.

In seeking to get as close to barring entire populations as much as possible until a Supreme Court ruling in the fall, the Trump administration may be "in a sense alienating those people who would perhaps be a part of an effort to secure your country", Allie said.

It should be noted that since 1975 no individual born in any of the six designated countries has carried out a terrorist attack in the U.S. Those countries that have been home to attackers, such as Saudi Arabia from where 15 of the 19 Sept. 11, 2001, hijackers hailed, have not been designated.

"When you generalize and group people all into the same category of being somehow suspect or at risk, you're the one who is alienating those people who you would not normally be alienating," Allie said.

"It doesn't make any sense for us to secure our country and be so ambiguous as to how exactly we're going to secure ourselves based on these selected countries," he added.

The Council on American-Islamic Relations (CAIR), which bills itself as the largest Muslim advocacy group in the U.S., is weighing legal action to challenge the administration's move, according to spokesman Ibrahim Hooper who cited Trump's stated goal of seeking to ban Muslims from coming to the U.S.

"By narrowing the Supreme Court's guidelines, and offering severe restrictions on who has credible links to people in the United States, I think it just makes it clear that the Trump administration is determined to do everything it can to block as many Muslims as it can from entering the country," Hooper said.

"That is what he wants. He wants to restrict the entry of Muslims into the United States, and any means possible will be utilized to that end," he added.