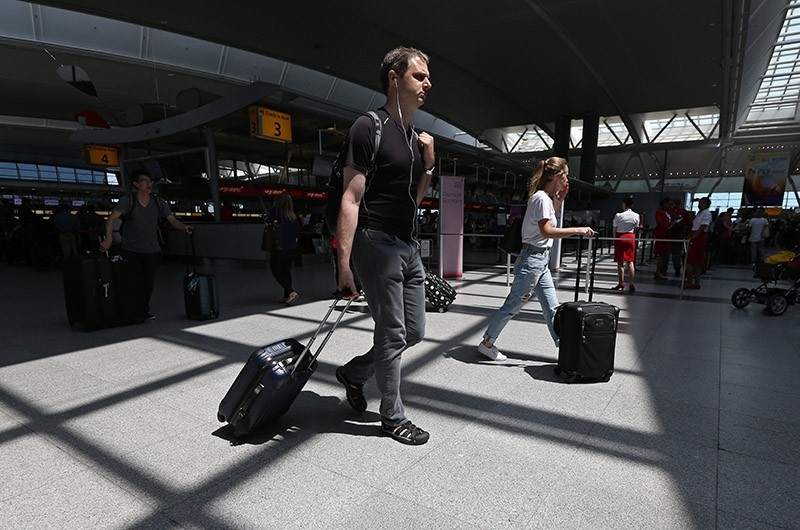 Six in ten American voters support the new ban on people from six predominantly Muslim countries from entering the United States unless they can show they have a close relative here, according to opinion poll results released on Wednesday.

The Politico-Morning Consult poll found 37 percent of voters said they "strongly supported" the new guidelines issued by the U.S. State Department that would deny visas to citizens of Iran, Libya, Syria, Somalia, Sudan and Yemen who do not have close relatives in the United States. Another 23 percent of voters said they "somewhat support" the guidelines.

The poll was conducted online on Thursday and Friday following a U.S. Supreme Court ruling that partly upheld the ban, with 1,989 registered voters taking part. The poll result's margin of error was two percentage points, meaning results could vary that much either way.

The Supreme Court ruled on June 26 that the temporary travel ban could proceed so long as visa applicants with a "bona fide relationship" with a person or entity in the United States were exempted.

A year before his election as president, Donald Trump promised voters he would seek a temporary "total and complete shutdown" of Muslims entering the United States. Trump said it was necessary to prevent attacks by Islamist militants, while critics said it was a needlessly discriminatory policy that could inflame prejudice against Muslims in the United States and abroad.

The ban with exemptions, which went into effect on Thursday, was most strongly supported by Trump's fellow Republicans, 83 percent of whom approved. Even among Democratic voters, only 46 percent said they were opposed.

The Supreme Court allowed the partial ban, which bars people from the designated six countries for 90 days and refugees from any country for 120 days, to go into effect until it can take up the case during its next term starting in October.