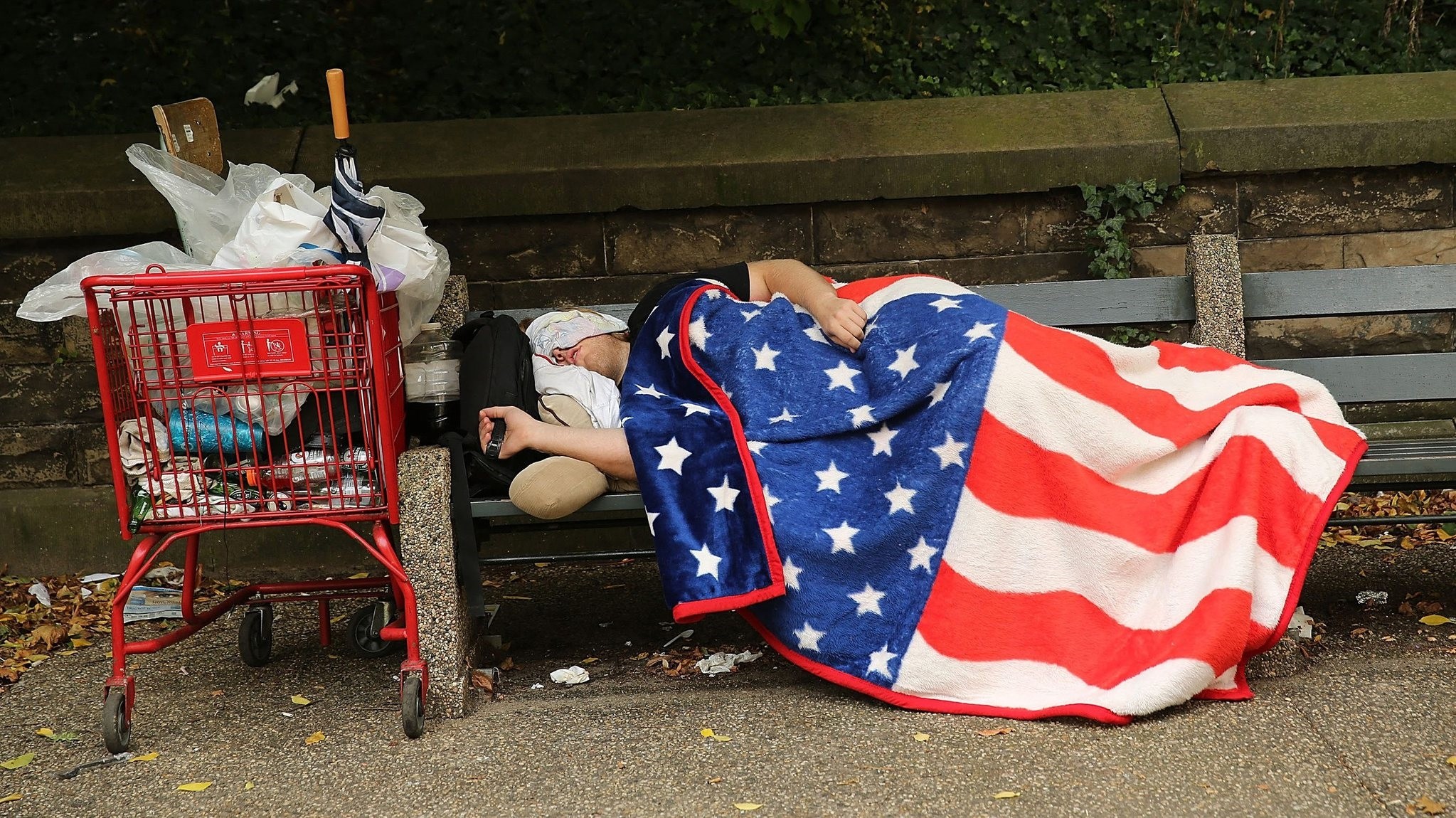 The number of people living rough on the streets of New York increased nearly 40 percent this year as America's financial capital struggles to turn the tide against homelessness.

An annual survey conducted found 3,892 people on the streets on the night of February 6 -- 39 percent more than the previous year, the city's department of homeless services announced Wednesday.

It was the highest annual count since 2005, spotlighting a homeless crisis that has embarrassed Mayor Bill de Blasio and underscores massive income inequality in the city with more billionaires than any other in the world.

Officials attributed the increase to a warmer winter, rent increases outpacing incomes and an ongoing crisis in affordable housing.

Median household income increased by 4.8 percent in real dollars compared to a median rent increase of 18.3 percent between 2005 and 2015, the department said.

"While we know we have a lot more work to do, we are continuing to open more street homeless facilities and provide more programs for New Yorkers we are helping transition from the street to permanent housing," said de Blasio.

Non-profit organization Coalition for the Homeless says just over 60,000 people are sleeping in New York shelters each night and that in recent years homelessness in the city has hit highs not seen since the 1930s Great Depression.

In November 2015, de Blasio announced a $2.6 billion plan to build 15,000 new "supportive housing" units for the most vulnerable over the next 15 years.

The department said Wednesday that the first 500 of those units would be come online this year to further address street homelessness. New York is currently home to 8.5 million people.