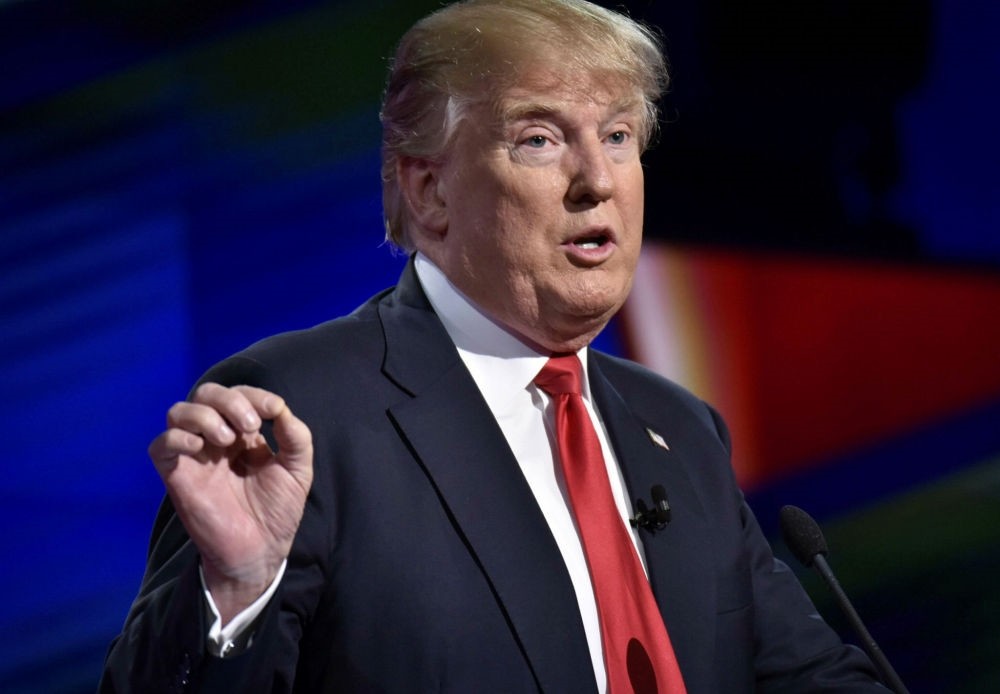 After dramatically reacting to President Trump's post of a meme on Twitter, CNN is being called out for 'blackmailing' the original creator of the clip

U.S. President Donald Trump has a long relationship with CNN. He was constantly being undermined by the network as candidate, nominee, president-elect and now POTUS. Even MSNBC's Joe Scarborough and Mika Brzezinski, with whom Trump recently had a very dramatic fallout with, of the network's "Morning Joe" admitted on their show following the election that the corporate media had essentially become "cheerleaders" of the Hillary Clinton campaign.

President Trump openly attacked news organizations, one example being the "failing New York Times," but his biggest rivalry has by far been with CNN, calling the network "very fake news" as opposed to just "fake news."

Last Sunday Trump posted a meme depicting himself from his days at WWE body-slamming Vince McMahon, whose face had been covered with the logo of CNN.

CNN didn't take too kindly to the clip, claiming, along with many of Trump's opponents, that the meme was "inciting violence towards journalists," and thus the media conglomerate decided to track down the meme's creator on Reddit.

For the sake of clarity, this meme was not created with the expressed purpose of being used by Trump but rather by a private citizen of the United States, someone having fun on a message board, posting material that suits their humor like millions of others and, reportedly, someone who might in fact even be underage.

According to a statement released by the network, the meme creator "issued an apology on Tuesday for the video and other offensive content he posted – one day after CNN identified the man behind the account and attempted to make contact with him."

CNN states that they were able to find the user's identity via essentially Facebook-stalking them. In its statement, the network explains how the user contacted them, sounding "nervous" about their identity being revealed and the jeopardy this might entail for himself and his family.

CNN's statement however went on to say something that is being condemned as being blackmail.

"CNN is not publishing [the user's] name because he is a private citizen who has issued an extensive statement of apology, showed his remorse by saying he has taken down all his offending posts, and because he said he is not going to repeat this ugly behavior on social media again. […] CNN reserves the right to publish his identity should any of that change," the statement read.

This is being viewed as a political intimidation tactic by a major media conglomerate against a private citizen for having a dissenting political opinion contrary to the network's own.

WikiLeaks' Julian Assange for one believes that CNN might have actually violated the law, more specifically section 135.60, subsections 1, 5 and 9 of the New York criminal code under "coercion," as well as a federal felony violation of the U.S. Code, chapter 18, section 241, under the 1st amendment, which guarantees free speech.

What appears to have happened is that CNN is threatening to release a citizen's private information for disagreeing with a post he anonymously made on the internet.

"A multi-billion dollar TV network blackmailing a private citizen into not making funny videos about it is not journalism, CNN. #CNNBlackmail" Assange wrote on Twitter.

So now, instead of reporting the news, CNN has become the news. Some have suggested that the president is attempting to divert the media's attention from policy matters in order to pass bill through congress without constant negative coverage from the press. Indeed, a Harvard research paper found that during his first 100 days, media coverage of Trump was 70 percent negative at best and 90 percent negative at worst.

His administration is indeed pushing hard to pass bills relative to healthcare, immigration, as well as the highly-anticipated tax reform plan through Congress.

And since the Trump-Russia story does indeed appear to be a big "nothing burger" according to CNN's own Van Jones, apparently the network is fixating on this matter rather than something else, as are other networks. A CNN producer was even caught saying that it's all about "ratings."

The New York Times actually was forced to retract the longstanding lie that "17 intelligence agencies" had "confirmed Russian interference in the U.S. elections ever since Hillary Clinton made that baseless assertion in a debate back in October (2016)."

CNN was also criticized on grounds of hypocrisy for saying that Trump's clip was "inciting violence," because it failed to criticize celebrities when they threatened, jokingly or not, to wishing Trump was dead. From Snoop Dogg, who shot a clown resembling Trump in a music video, to a Trump-like "Julius Caesar" being brutally stabbed in a New York play, to Johnny Depp making jokes about killing Trump, to Madonna saying she thought about "blowing up the White House," to Kathy Griffin holding up a prop made to look like Trump's severed, blood-covered head while staring at the camera.

There's already been an attempt on Trump's life on one of his rallies. Another man murdered a UPS truck driver because he thought he was Trump. What's also relevant is the recent shooting of House majority whip Steve Scalise, who's still fighting for his life.