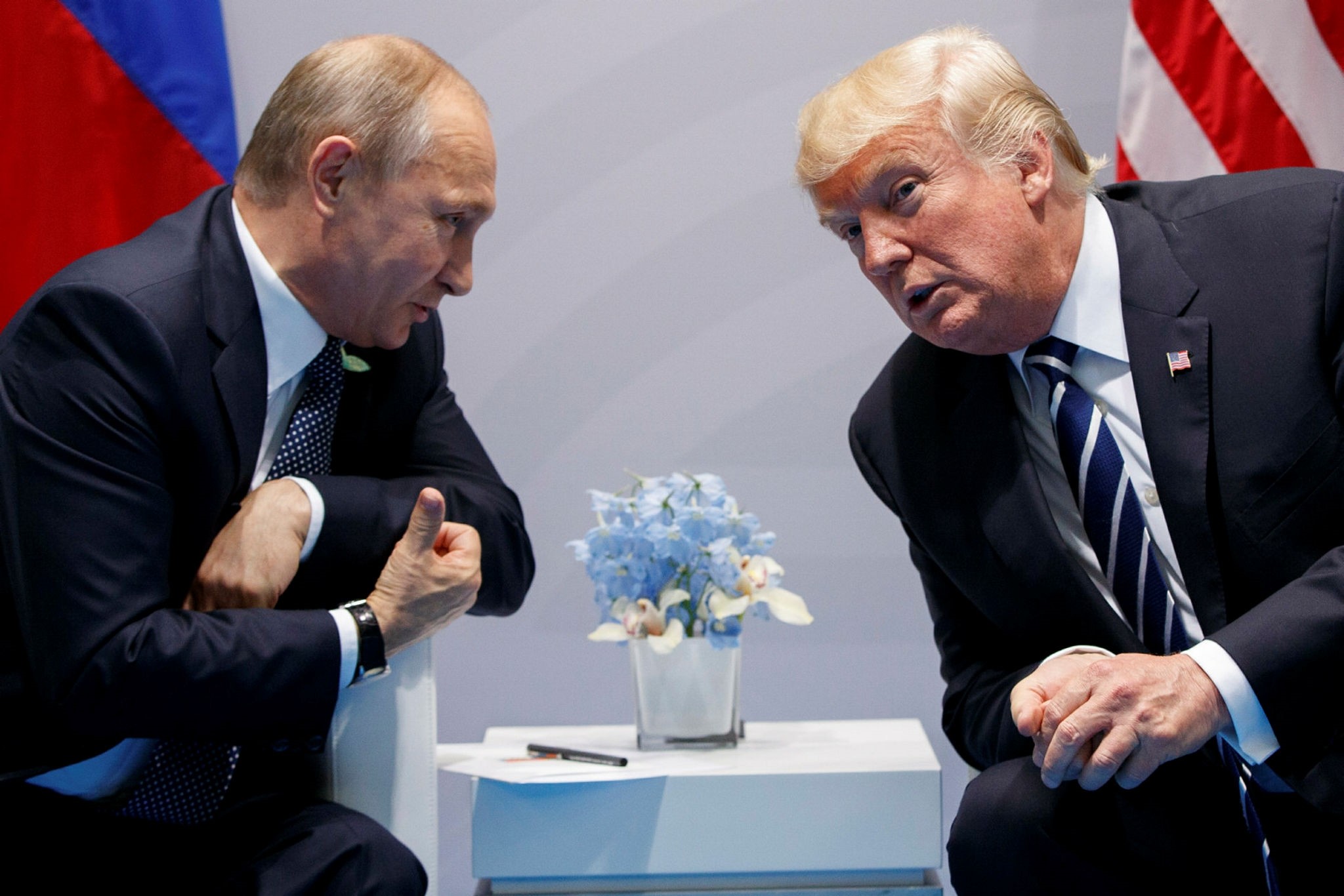 Russian President Vladimir Putin hailed his first face-to-face meeting with U.S. President Donald Trump, saying Saturday he thinks Trump accepted his assurances that Russia didn't meddle in the U.S. presidential election and that their conversation could be a model for improving ties between the two countries.

Speaking to reporters after the two-day Group of 20 summit in Germany ended, Putin said he and Trump had a long discussion about the allegations of Russian interference in last year's election that have dogged Trump's presidency.

The Russian leader said he reiterated his "well-known" position that "there are no grounds" for the allegations.

"He asked many questions on the subject, I tried to answer them all," Putin said. "It seems to me that he has taken note of that and agreed, but it's better to ask him about his attitude."

Putin said his answers were detailed and covered his discussions on the election meddling issue with representatives of the previous administration, including former President Barack Obama. But he would not reveal details of his exchange with Trump, saying the conversation was confidential.

"He asked questions, I replied. It seemed to me that he was satisfied with the answers," Putin said.

Trump's top envoy to the United Nations quickly disputed the Russian president's assessment of Trump's takeaway from their one-on-one meeting.

Trump has avoided firmly blaming Moscow for campaign hacking in the past, and the day before he met with Putin, he was similarly elusive. He argued variably that it could have been Russia, probably was Russia and indeed was Russia, while insisting it could have been other countries, too, and adding: "I won't be specific."

In his post-summit remarks, Putin said that a working group on cybersecurity he and Trump agreed to create during their meeting should help prevent such election controversies in the future.

"What is important is that we agreed that there should be no uncertainty in that sphere," he said. "We agreed with the U.S. president to create a working group and work jointly on how to ensure cyberspace security, how to ensure the fulfillment of international legal norms in that sphere and prevent meddling in internal affairs of Russia and the U.S. We believe that if we work that way, and I have no reason to doubt it, there will be no such allegations."

"As for relations on personal level, I believe we have established them," Putin said. "Trump's T.V. persona differs sharply from the real man. He is a very straightforward person, grasps precisely what his interlocutor says, quickly analyzes and responds to questions or new elements of the discussion."

The Russian leader said his talks with Trump offered a model for rebuilding Russia-U.S. ties, which have plummeted to post-Cold War lows over the Ukrainian crisis, the war in Syria and other disputes.

"I think that if we develop our relations in the same way, there is every reason to believe that we would be able to at least partially restore the level of interaction that we need," Putin said.

He particularly hailed the U.S.-Russian deal on a cease-fire in southwestern Syria announced Friday as a step toward ending the hostilities.