It's time to move forward with Russia, Trump says 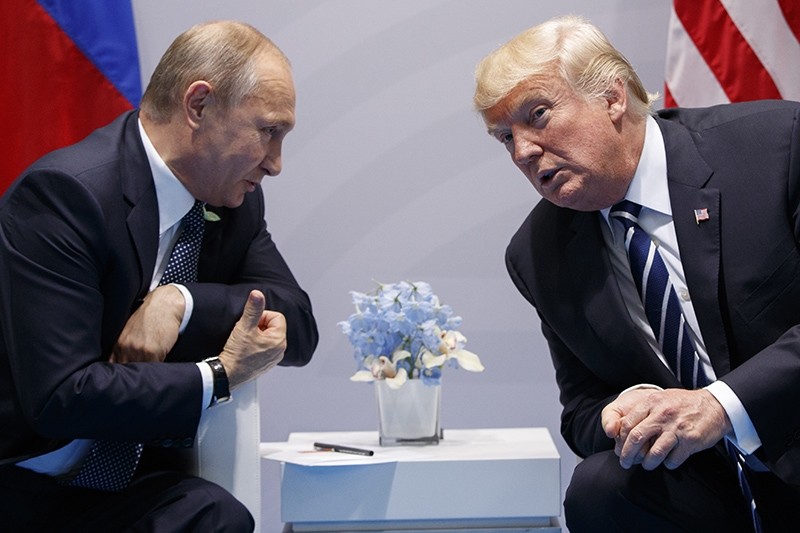 President Donald Trump is tweeting that "it is time to move forward in working constructively with Russia!" after his meeting with Vladimir Putin.

Trump says after returning from a world leaders' summit in Germany that he "strongly pressed" Putin twice over Russian meddling in the 2016 election during their lengthy meeting. He says Putin "vehemently denied" the conclusions of American intelligence agencies.

I strongly pressed President Putin twice about Russian meddling in our election. He vehemently denied it. I've already given my opinion.....

Trump is not saying, though, whether he believes Putin, tweeting that he's "already given my opinion."

Russia's foreign minister had told reporters in Germany that Trump took Putin at his word over meddling. U.S. officials have not pushed back on that account.

Trump has said previously he believes Russia likely was involved in election hacking, but that other countries were as well.