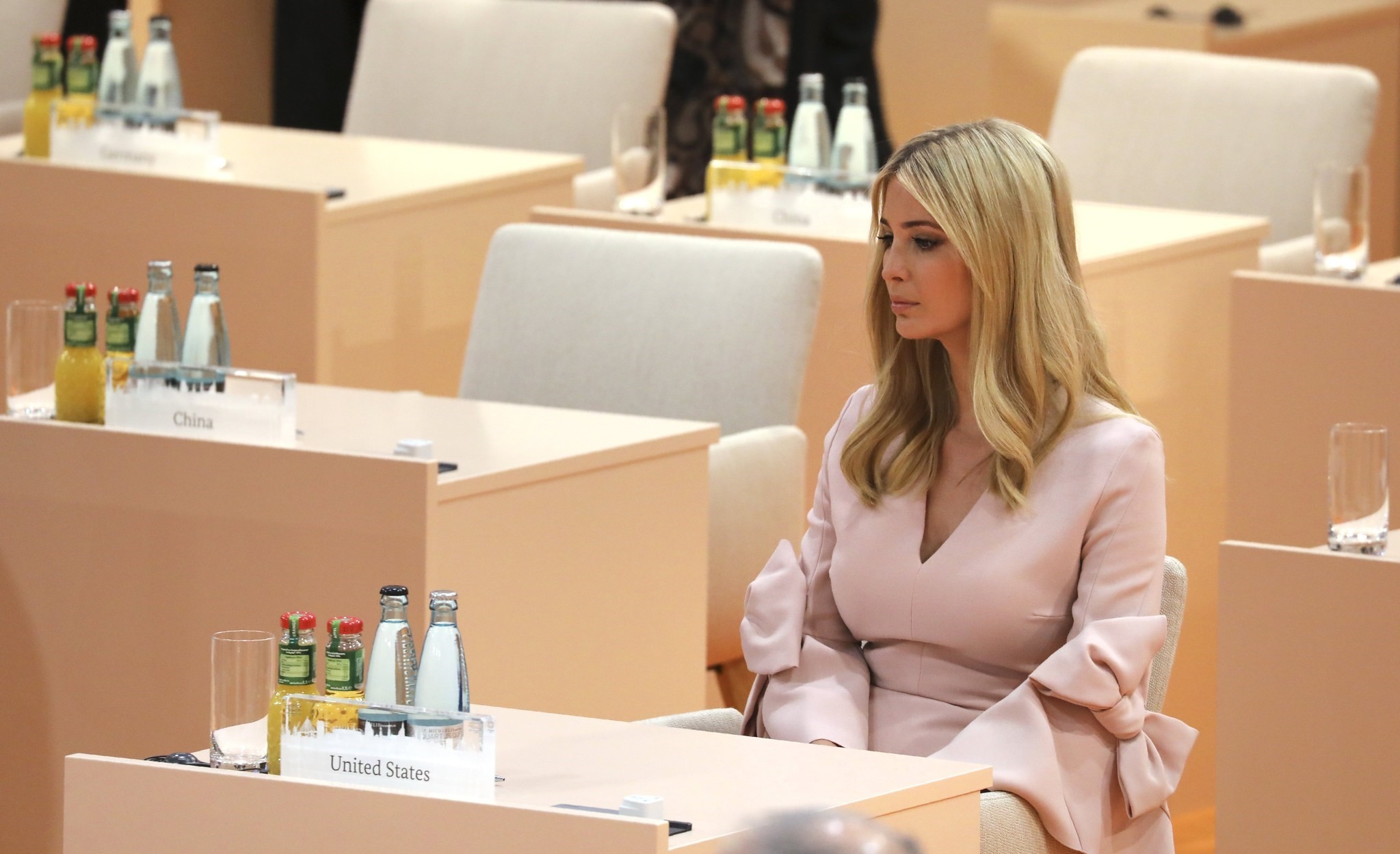 Ivanka Trump, daughter and personal adviser of US President Donald J. Trump, sits at her seat at the beginning of the third working session on the second day of the G20 summit in Hamburg, Germany, 08 July 2017. (EPA Photo)
by Jul 10, 2017 12:00 am

U.S. President Donald Trump defended his daughter and White House adviser Ivanka Trump on Monday after she raised some eyebrows over the weekend by taking his place at a table with world leaders at a G20 meeting.

She briefly sat in her father's chair at the global gathering in Hamburg during a closed-door session on African development as the World Bank president spoke. Her appearance prompted a string of reactions on Twitter and caught the attention of the German media and other outlets.

Early on Monday, Trump called the arrangement "very standard" in a tweet where he also noted that German Chancellor Angela Merkel, who was hosting the G20 summit, agreed.

Merkel had dismissed the move at a news conference after the G20 ended. "Ivanka belongs to the U.S. delegation," Merkel, who has worked with her on various issues, said last week.

Nikki Haley, the U.S. ambassador to the United Nations, also defended Ivanka, saying on Sunday that the president's daughter had often sat in on meetings with her and Trump, especially those regarding women and business.

Ivanka Trump ran a clothing and jewelry business before taking a formal job at the White House after her father took office in January. She has made women's issues one of her signature policy areas.

At the G20, she also took the spotlight at a separate event alongside World Bank President Jim Yong Kim and other world leaders to launch a public-private loan program aimed at boosting female entrepreneurs in developing countries.

Lawrence Summers, a former World Bank official and economic adviser under former Democratic president Barack Obama, said it was rare for government heads to leave during major summits and that, when they must, foreign ministers or other very senior government officials normally fill in.