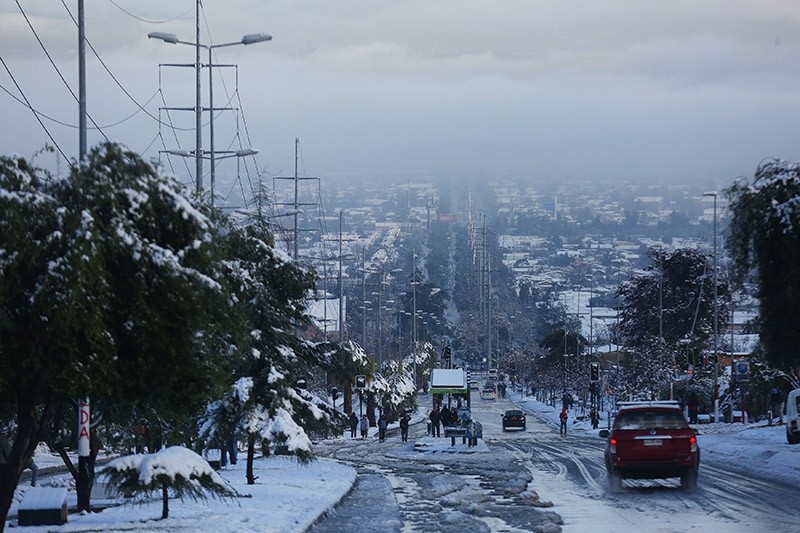 One person died and tens of thousands were left in the dark and shivering in the southern hemisphere winter following a rare snowfall in the Chilean capital Santiago on Saturday.

A worker died trying to clear ice, while two people were injured when they were electrocuted by a fallen power line, city officials told local media.

Children however were delighted by the weather, and many headed outdoors to hurl snowballs and build snowmen.

The Office of National Emergency (ONEMI) said in the morning that some 250,000 customers were left without power in Santiago following the heaviest snowstorm since 2007.

The blackouts were mainly caused by trees and branches falling on power lines, officials said.

The city of seven million has been enduring in the past days a cold snap, with temperatures plunging below the freezing point.

The Chilean national weather service said that lighter amounts of snow and wet snow could still fall on the city.