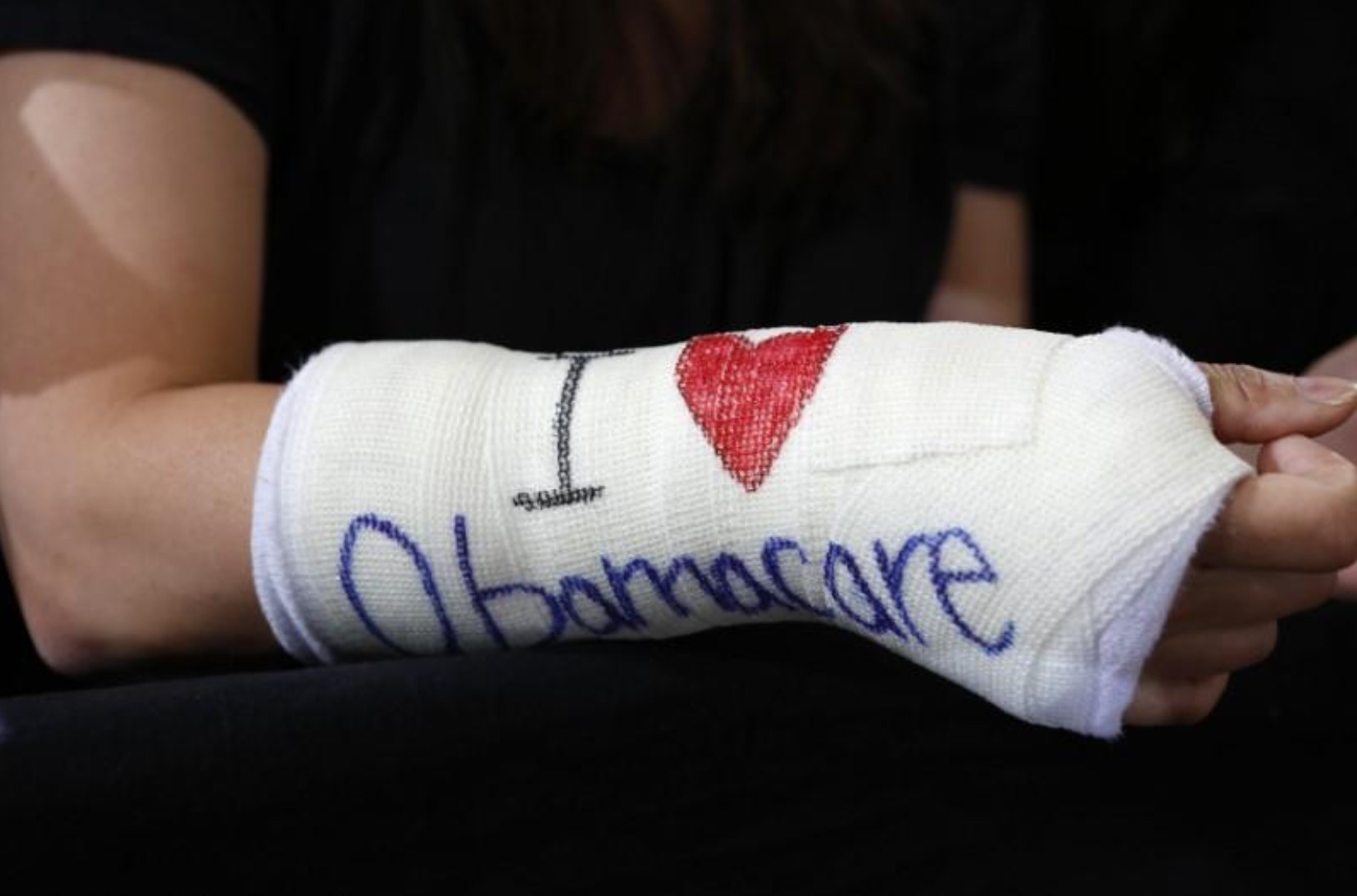 Cathey Park of Cambridge, Massachusetts wears a cast for her broken wrist with ,I Love Obamacare, written upon it prior to Obama's arrival to speak about health insurance at Faneuil Hall in Boston October 30, 2013. (Reuters Photo)
by Anadolu Agency Jul 18, 2017 12:00 am

Her announcement to reporters at the Capitol building brings the number of Republicans who will not support the measure to three, effectively ending the repeal-only effort.

Majority Leader Mitch McConnell said earlier Tuesday the Senate would vote on the straight repeal legislation, but lacking support, it's unclear if that would still happen.

He was forced to take up the repeal-only legislation Monday when four Republicans abandoned their party's plan to repeal and replace "Obamacare".

A fuming President Donald Trump urged Republicans to "let Obamacare fail" shortly after the bill was officially dead in the water.

Republicans have long rallied around a "repeal and replace" mantra aimed at the Affordable Care Act, and Trump made the effort a centerpiece of his presidential campaign last year.

But putting rhetoric into action has proven difficult for the party.

McConnell could afford to lose only two members of his caucus in the Senate where Republicans hold a slim 52-seat majority.

A tie would result in Vice President Mike Pence casting a vote, which would almost certainly fall in line with his party's leadership.