2017 could be worst year for Muslims in US, CAIR warns 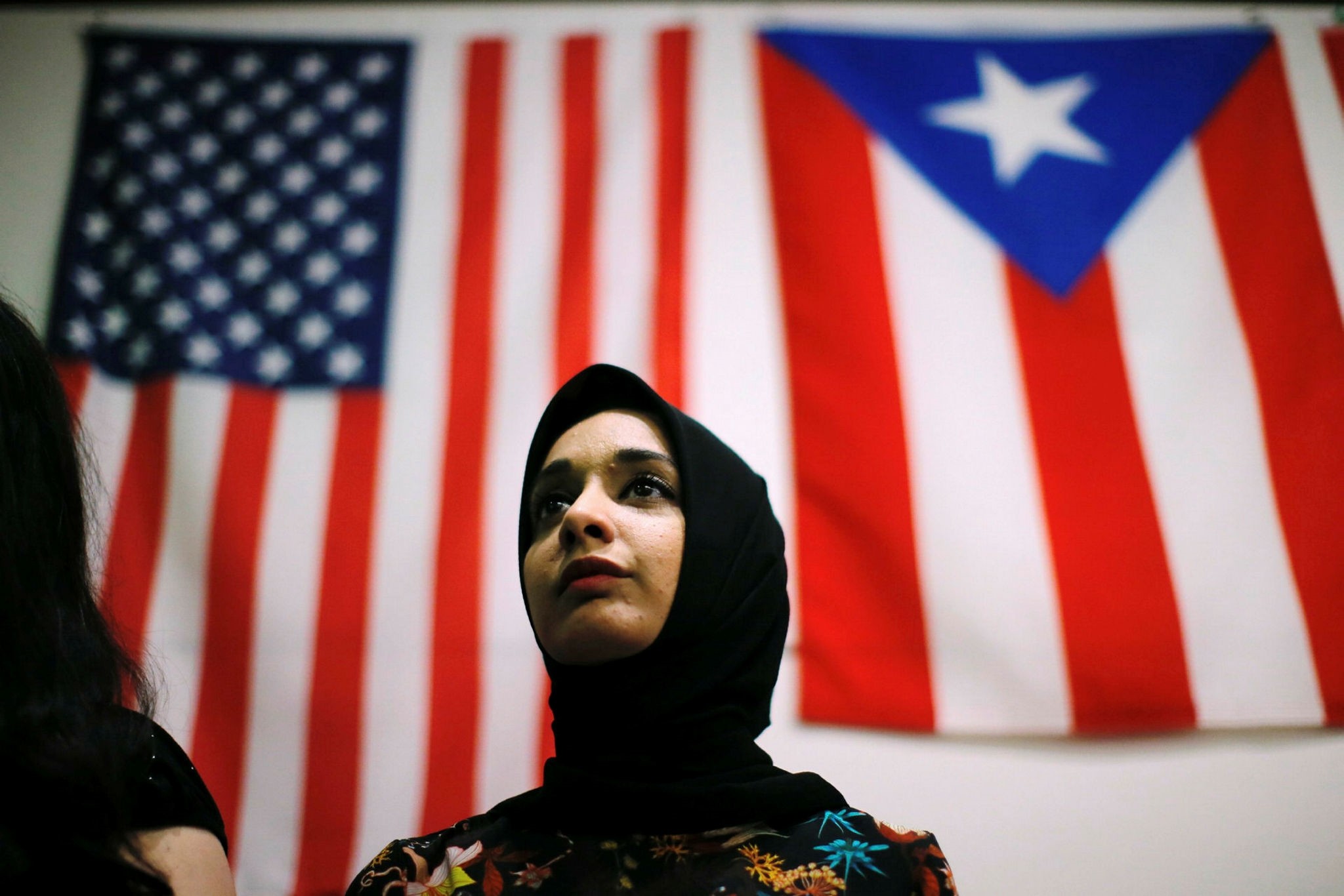 Anti-Muslim hate crimes rose alarmingly in the U.S., according to CAIR, a leading Muslim advocacy group.
by Daily Sabah with AA Jul 19, 2017 12:00 am

Anti-Muslim hate crimes rose 91 percent in the first half of 2017 in the U.S., CAIR said, warning that 2017 could be the worst year on record for Muslim Americans

A leading Muslim advocacy group, the Council on American-Islamic Relations (CAIR), reported that the number of anti-Muslim hate crimes in the U.S. rose 91 percent in the first half of the year compared with the same period in 2016.

In a report published on Monday, CAIR said the number of hate crimes spiked from the corresponding period of 2016, which was the worst year for anti-Muslim incidents since the civil rights organization began its current documenting system in 2013.

According to the report, the number of bias incidents in the first half of 2017 also rose by 24 percent on year.

"The presidential election campaign and the [Donald] Trump administration have tapped into a seam of bigotry and hate that has resulted in the targeting of American Muslims and other minority groups," said Zainab Arain, the coordinator of CAIR's Department to Monitor and Combat Islamophobia.

"If acts of bias impacting the American Muslim community continue as they have been, 2017 could be one of the worst years ever for such incidents," Arain added.

The most frequent type of incidents, documented by CAIR in the second quarter of 2017 involved harassment, defined as a non-violent or non-threatening incident. The second most common type of bias incidents were hate crimes and involved physical violence or property damage.

CAIR said the most prevalent trigger of anti-Muslim bias incidents in 2017 remains the victim's ethnicity or national origin, accounting for 32 percent of the total.

Other agencies have concluded the problem is actually worse than it seems while some have not had reports concluding anything anywhere near as bad, so the problem seems to be lack of information.

California University researchers, for example, released a similar report in which they found 196 incidents of hate crimes or discrimination against Muslims in 2015, a 78 percent increase from 2014.

This issue stems from two basic problems, first and foremost it is believed that a lot of crimes go unreported, while other crimes are actually hoaxes with dubious political motivations.