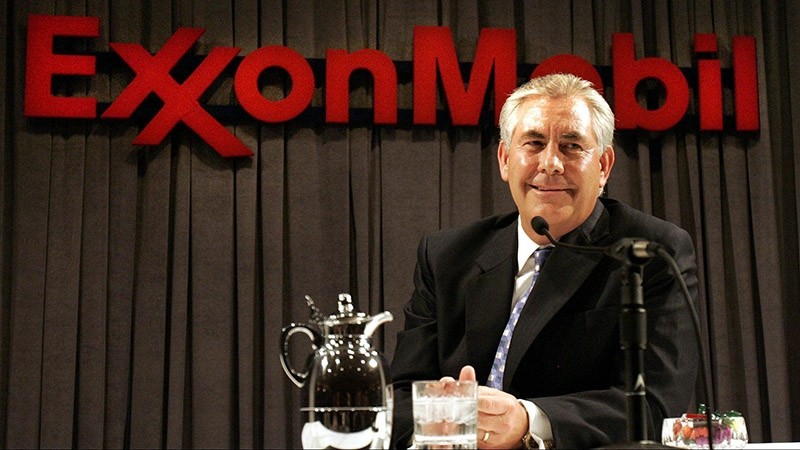 The Treasury Department says it is slapping Exxon Mobil Corp. with a $2 million fine for violating Russia sanctions while Secretary of State Rex Tillerson was the oil company's CEO.

Treasury's Office of Foreign Assets Control (OFAC) found ExxonMobil had not voluntarily self-disclosed the violations, "and that the violations constitute an egregious case," it said in a statement posted online.

The heads of the company's U.S. subsidiaries dealt with someone "whose property and interests in property were blocked, namely, by signing eight legal documents related to oil and gas projects in Russia with Igor Sechin, the President of Rosneft OAO" and another sanctioned individual, Treasury said.

Exxon violated the sanctions in May 2014 when two subsidiaries signed deals with Sechin, who is on a U.S. blacklist over Russia's actions in Ukraine.

The Treasury Department says Exxon showed "reckless disregard" for sanctions by dealing with a person on that blacklist and that top Exxon executives knew Sechin was blacklisted when they did business with him. The U.S. says Exxon caused "significant harm" to the sanctions program.

When Tillerson was CEO, he said Exxon didn't support sanctions generally because it found them usually ineffective.