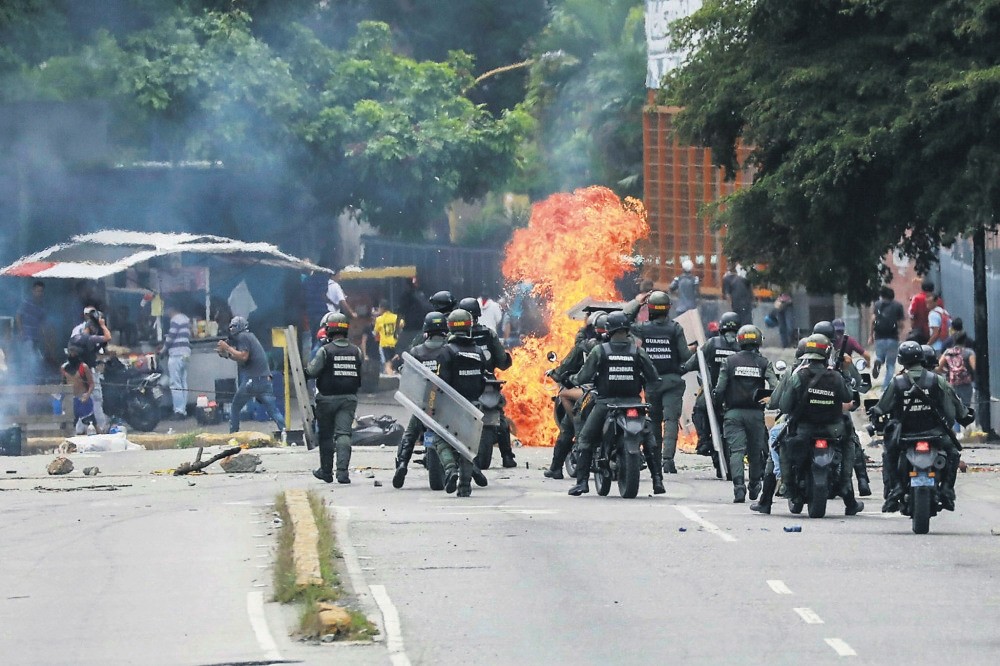 The death toll in anti-government protests in Venezuela since April has reached 100, after a third death was reported from a day-long nationwide strike against embattled Venezuelan President Nicolas Maduro's rule, prosecutors said Friday.

The nationwide strike turned violent as protesters clashed with police. Riot police and soldiers fired tear gas and rubber bullets at protesters who blocked streets with debris in parts of Caracas and set a police booth on fire.

Maduro also faces widespread, international pressure to abort the Constitutional Assembly, which could rewrite the constitution and supersede other institutions.

Officials say it will replace the current opposition-led legislature. U.S. President Donald Trump weighed in on the dispute this week, threatening economic sanctions if a July 30 vote for the assembly goes ahead.

Maduro has blamed the crisis on low global oil prices and an economic "war" waged on him by the U.S. and the right-wing opposition.