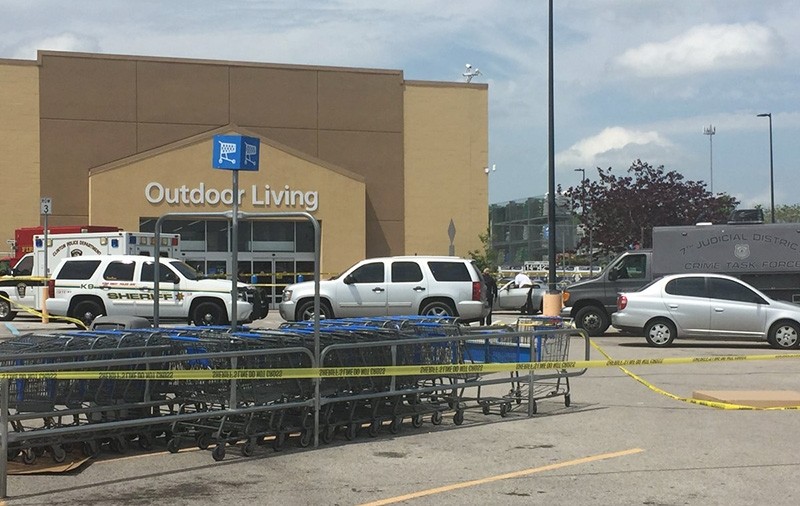 Eight people were found dead Sunday in a truck in a parking lot in San Antonio, Texas, in an apparent people trafficking case, authorities said.

San Antonio Police Chief William McManus and Fire Chief Charles Hood told reporters that in addition to the dead, there were 28 injured -- 20 of them severely -- who were being treated at seven local hospitals.

"We arrived on the scene and found eight people dead in the back of that trailer," the police chief said, calling it horrific.

He explained that store security footage showed that some vehicles came to pick up some travelers who were on the truck and made it alive.

"We're looking at a human trafficking crime this evening," he added.

It was not immediately clear how many people made it off the truck alive, McManus said.

A person from the truck approached a Walmart employee in a parking lot and asked for water late Saturday night or early Sunday morning, said police in San Antonio, where temperatures on Saturday reached 101 degrees. The employee gave the person the water and then called police, and when officers arrived they found the eight people dead in the back of the trailer, police Chief William McManus said.

Investigators checked store surveillance video, which showed vehicles had arrived and picked up other people from the tractor-trailer, police said.

He called the case "a horrific tragedy."

The U.S. Department of Homeland Security was involved in the investigation into what happened, he said.

The National Weather Service's local office said the temperature in San Antonio hit 101 degrees just before 5 p.m. Saturday and didn't dip below 90 degrees until after 10 p.m.

San Antonio lies a few hours drive from the border with Mexico's Nuevo Leon state. Weather in the area has been hot and dry.